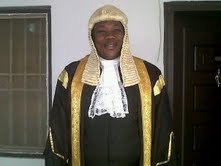 The Speaker of the Osun House of Assembly, Mr Najeem Salaam, on Tuesday commended civil servants in the state for their understanding and patience over the delay in the payment of their salaries.
The News Agency of Nigeria (NAN) reports that civil servants in the state are being owed five months salaries arrears.
Salaam, who commended the workers during the assembly’s plenary, explained that the non-payment of the salaries was due to dwindling allocations from the Federation Account.
The speaker said: “In spite of the difficulties, they (civil servants) are prepared to move on and for this gesture we are also assuring them of our support.
“And if there is anything they need from us, we are ready to support them.
“ This is a trying period, yet, the workers have abided by the civil service rule to come to work and discharge their duty diligently.’’
On the massive defection of PDP members to the APC in recent times, Salaam cautioned the party leadership to be careful in accepting defectors.
“Our party is receiving the blessings of God now, but we must be very careful. The moral value of the party must not be set aside.
“The principle of the party must be well articulated so that the values and ideals of those who have defected would not be in conflict with the beliefs of our party,” the speaker said.
Salaam also congratulated those newly-elected into the Assembly following the April 11 governorship and State Assembly elections.
He advised the newly elected members to see power as transient and therefore to use their positions as representatives of their constituencies to positively impact on the lives of their people.
“There are lessons that we can learn from the elections and the lesson is that power is transient and we must be ready to leave landmark achievements that everyone will be proud of.
“The power to elect is in the hands of the people and they have used that power in our favour, therefore, we must justify the confidence they reposed in us, ” he said. 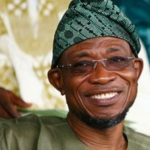 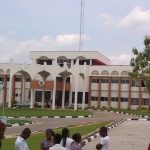