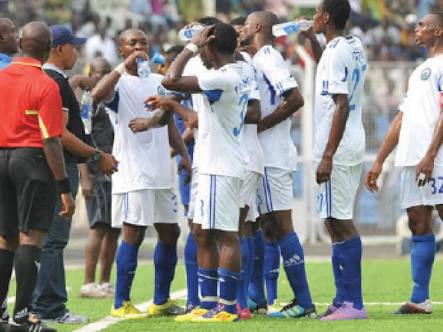 Osun United coach, Duke Udi, says his priority is to build a formidable team that will be capable of gaining promotion to the Nigeria Professional Football League by the end of the season, reports Sportstalkafrica.com.

Udi revealed he and his assistants had a tough time trying to get the best players among over 200 players that came from far and near to take part in the open screening had by the Omoluabi Giants last week.
“We had over 200 players that came for the screening and it was very hectic getting the very best of those that came. I am very certain that players picked will be ready for the rigorous of National League in the next few weeks,” the former Grasshopper FC diminutive midfielder told Sportstalkafrica.com.
The former Super Eagles and Shooting Stars box-to-box midfielder expressed optimism that he will build winning mentality in the club players which will improve the club fortune before the 2017 Nigeria National League season kicks off late next month.
“We want to build a team with a good defence, a good spirit, a team with attitude, character, and a team who can win games both home and away.
“We will build in the players winning mentality, which is to win at all time and by God grace we will work hard to ensure this results are achieved,” the former Rangers and Giwa gaffer said.
Asked how he hope to triumph with the task given to him by the management to secure a promotion ticket for the team to the elite league, he noted; “Every steps in life has his own challenges, I am here to add value to the team, we will build a team and increase the club in every aspect. I want to thank the management for the believing in me to serve the club and with God on our side we shall excel.”

Aregbesola: A Prudent, Proficient And Visionary ManagerJanuary 23, 2017
In Osun, Performance Monitoring/Evaluation is the BOSSJanuary 24, 2017 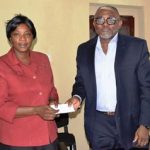