As part of efforts of the present administration to provide water in all parts of the state, the state government has signed contract papers for the execution of priority works of water supply for vocal communities in EU supported Local Government Areas in the state.
The contract to be done in collaboration with the European Union Water Supply and Sanitation Sector Reform Programme (EU-WSSSRP -II) is expected to be completed within six months.
Speaking shortly after signing the contract papers at the government secretariat, the Project Coordinator, Water Resources, Rural Development and Community Affairs, Engr. Adelere Oriolowo expressed delight at the commencement of the project, saying the process have been ongoing for a long time.
He said the present administration of Ogbeni Rauf Aregbesola has been committed to the provision of adequate and clean water to all the nooks and crannies of the state.
While congratulating the contractor in charge of the project, Engr. Oriolowo charged them to follow the guidelines of the project and ensure proper documentation.
He added that they should ensure that they deliver a quality job and endeavour to be time conscious as stipulated in the contract agreement.
Also speaking, the Institutional and Policy Expert for the European Union in the State, Mr. Adebayo Alao explained that the E.U is supporting Osun in the area of adequate water supply because the present administration has always shown total commitment to the implementation of the project.
He said the commitment demonstrated by the administration of Ogbeni Aregbesola has made it easy for the contract to be signed with the contractors.
In an address, the Project Director for European Union, Water Supply and Sanitation Sector Reform Programme, (EUWSSSRP-II), Mr. Demola Olanrewaju commended the efforts of the state government of Osun and that of the European Union for seeing the project through, saying that the project when completed will go a long way in easing
the sufferings of the people in terms of adequate water supply.
In his own remarks, the Director, Geo-Expert Engineering Services Limited, Engr. James Adebayo promised that his company will deliver a good job and at the stipulated time. 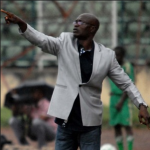 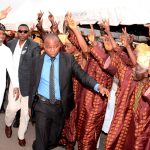