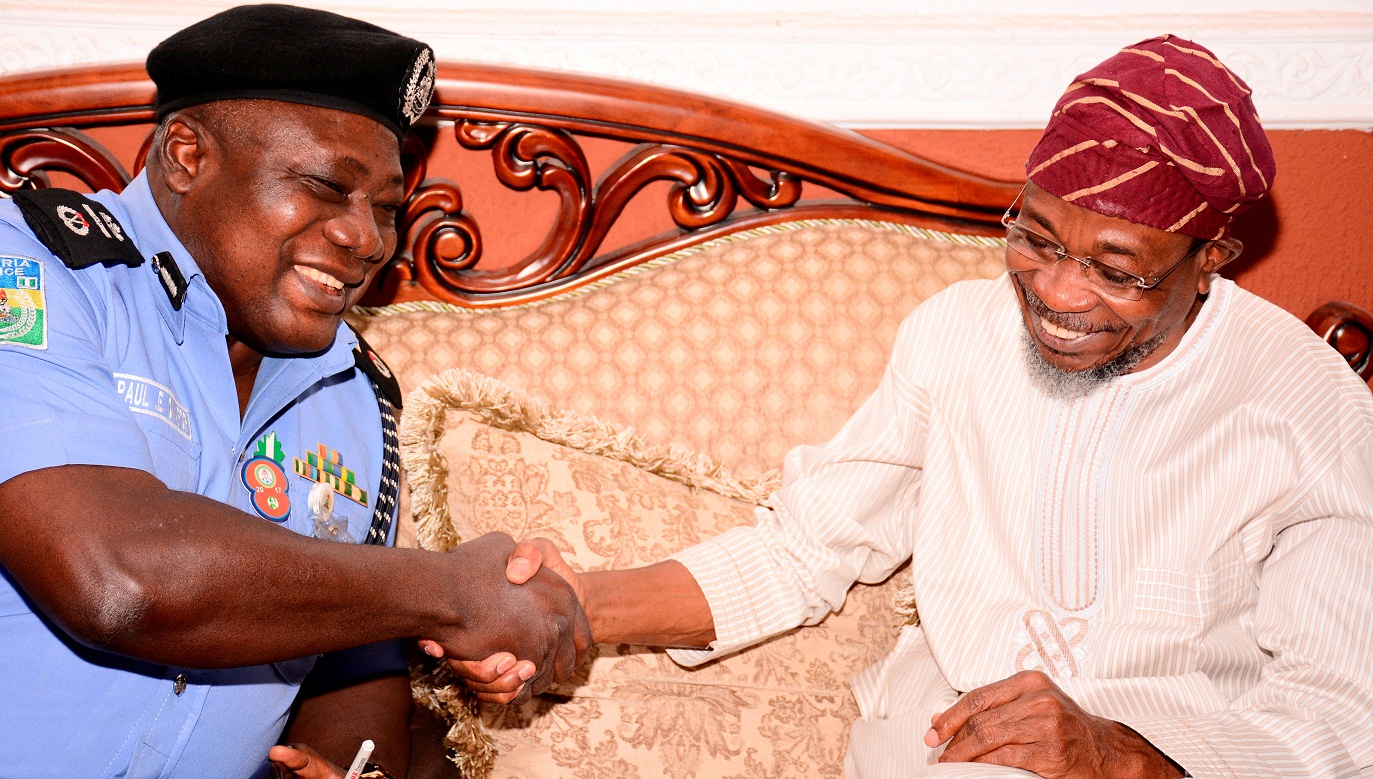 Governor of Osun, Ogbeni Rauf Aregbesola on Wednesday reiterated the commitment of his government to further cooperate with the police and other security agencies in the interest of peace and security in the state.

He said a modern life can only be guaranteed and sustained by an organised security institution, adding that without security, development would not be possible.
Ogbeni Aregbesola stated this while playing host to the new Assistant Inspector General of police, Zone 11 in charge of Osun, Ondo and Oyo who paid him a courtesy visit at the Government House in Osogbo.
He described the police as a unique arm of security because they are part of the people in the community who are only separated by their uniform in the process of ensuring law and order in the society.
“The police is unique because they are seen as part of the people they protect, the live in a friendly manner among the people, they are only separated by the uniforms to put on in the course of doing their job which is to ensure the security of lives and properties.
“Despite the fact that there is still a lot of room for improvement, the police force have shown a lot efficiency in the discharge of their duties.
“The Nigerian police have to a great extent helped to reduce tension to the nearest minimum even in the face of the economic recession hitting the country.” He said.
Governor Aregbesola, who commended members of the state command of the Nigeria Police Force for their efforts in keeping the state secured since the inception of the present administration.
“In our state, we have been having a wonderful experience of a police force that have been quite efficient and effective in the job of building a safe and secured environment.
“All the officers of the force that have worked in the state of Osun have been men of great integrity and have been very cooperative.
He assured that the present administration in the state will continue to support the police because they are partners in the process of ensuring that Osun remains the safest state in the country.
According to Aregbesola, “We will do our best to continue to assist the police in our state because we know that we are partners in the move to keep our state secured.
“It is only after guaranteed secure environment that any form of development can take place.”
Earlier in his remarks, the Assistant Inspector General of police, Zone 11, Mr. Paul Okafor, stated that the Command in Osun and the zone will continue to ensure the security of the state.
He said a peaceful Osun will translate to a peaceful zone 11, because the state of Osun is the headquarters of the zone.
“I will do my best to ensure that Osun and environs continue to remain peaceful and secured, by the grace of God we will not fail.
“Being the headquarters of the zone, if we succeed in keeping Osun secured, it means we have succeeded in the zone as a whole.” Mr. Okafor said.‎ 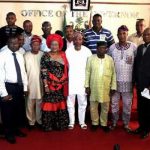