Heads of Departments in the Local Council Development Areas of the State have been admonished to discharge their duties in conformity with the rules and regulations of the service.
The Chairman, Local Government Service Commission, Elder Peter Babalola gave this advice while declaring open a 3-day workshop on Financial and Administrative Management for Heads of Departments in the Council Areas, held at the Local Government Service Commission’s Multi-purpose Hall.
Elder Babalola who emphasized that the training programme which is the first phase, is part of the Commission’s efforts to build the capacity of its new management staff in the areas of financial and administrative management skills which is crucial to the successful running of the Local Governments.
The workshop which he regarded as an induction course is aimed at exposing participants to basic training on leadership in an organisation as well as exposes them to prudent financial management through adherence to basic rules and regulations.
According to him, at the end of the programme, management staff in the Council Areas of the State would have been stimulated on activities towards enhanced Internally Generated Revenue (IGR) at the grassroot levels.
In his address of welcome, the Permanent Secretary, Local Government Service Commission, Mr. Dayo Olaluwoye, said that management consist of the interlocking functions of creating organizational policy and organizing, planning, controlling as well as directing the organization’s resources in order to achieve the objectives of such policy.
Mr. Olaluwoye maintained that, the training is organised in spite of the prevailing economic situation in order to fulfil government’s promise to train and retain its staff for better productivity.
He, however, commended the State Governor, Ogbeni Rauf Aregbesola for ear-making huge fund for the programme.
Speaking earlier, the Management Consultant of FIDARET Ventures Ltd, Elder Olufemi Adelowokan explained that, the workshop is expedient to fill the perceived skill gap in officers as a result of their movements to a higher level of responsibility in the new Council Areas.
Thereafter, a minute silence was observed for the first Executive Governor of the State, Late Senator Isiaka Adetunji Adeleke whose demise occurred on Sunday 23rd April, 2017. 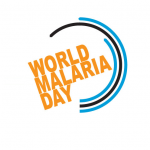