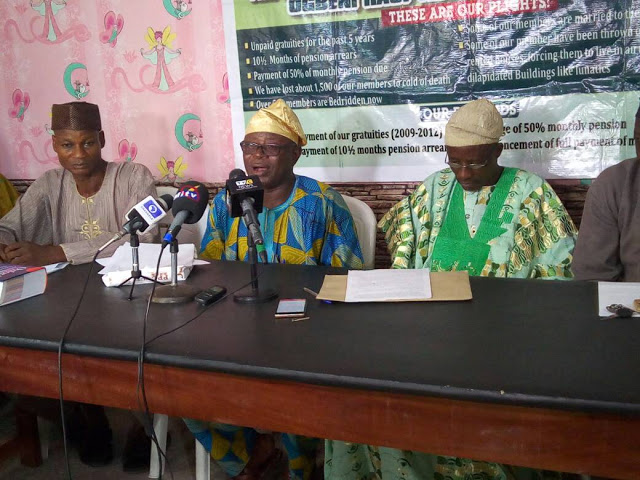 Pensioners under the aegis of ‘Forum of 2011/2012 retired public servants of Osun state” led by their chairman Ilesanmi Omoniyi today pleaded with the acting President, Yemi Osinbajo through governor of the state of Osun, Ogbeni Rauf Aregbesola, to release the second tranche of the Paris Loan refund so their pending gratuities and pensions arrears can be paid.

Mr Ilesanmi Omoniyi, who led the group in a peaceful rally in Osogbo on Monday said “We are using this medium to appeal to Prof. Yemi Osinbajo, the Acting President of the federal Republic of Nigeria to use his good office and promptly direct the minister of finance and the Central Bank Governor to release the 2nd tranche of the Paris Club Fund to stem the rate of death of both workers and pensioners as they are the worst hit”.
Recall that the State of Osun had allocated the sum of N2,496,605,100.64 for payment of pensions out of the N13,645,546,673.04 paid out as arrears of four (4) months salaries and Pensions in December, 2016 to the state civil servants and pensioners.
The state through the accountant general, Mr. Akintayo Kolawole revealed last month that, “the sum of N8,519,437.233.43 was paid out as salaries for September, October, November and December. Similarly, the sum of N924,676,305.24 was paid out as leave bonuses for the four months, while the sum of N2,496,605,100.64 was paid in pensions for the same period.”
Osun state received N11,744,237,793.56 from the federal government in November 2016 as first tranche of the Paris Club Refund. 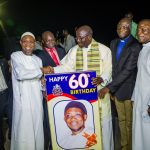