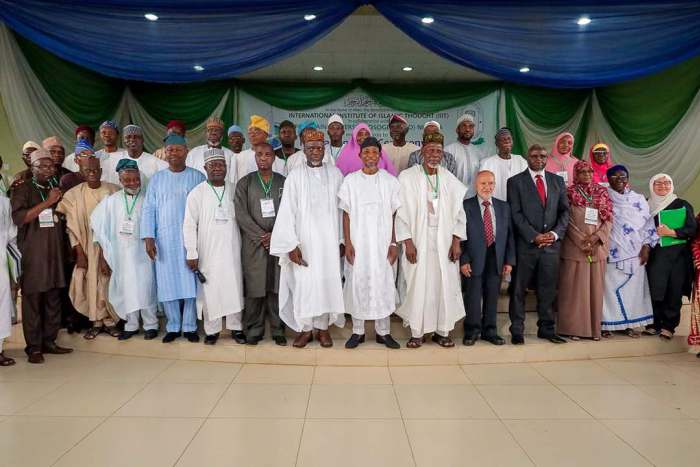 State Governor of Osun, Mr Rauf Aregbesola has charged Nigerians to be conscious of the status of the national economy as concerned citizens.

The governor gave the charged at the 4th international conference of the International Institute of Islamic Thought held at the Amina Nnamadi Sambo Multipurpose Hall, Fountain University, Osogbo, Osun State, on Saturday.

He said Nigeria economy must not depend on oil revenue alone and emphasised the need to diversify and redirect the economy of the nation to aide growth and development.

Aregbesola commended the organizers of the conference for focusing on the issues of sustainability of Islamic university at a time when most institutions are struggling to survive.

The Sultan of Sokoto and President-General of the Nigerian Supreme Council for Islamic Affairs (NSCIA), Alhaji Muhammad Sa’ad Abubakar who was represented by the Executive Secretary of the Muslim Ummah of South West Nigeria (MUSWEN), Professor Daud Naibi also lauded IIIT for promoting scholarship among Muslims.

The Registrar of the Joint Admissions and Matriculation Board, Professor Ishaq Oloyede delivered a keynote address at the conference. Professor Fathi Malkawi from Jordan and Dr Rihab Abdulrahaman Alsherif from Al-jazeerah University, Sudan were among foreign scholars at the conference.