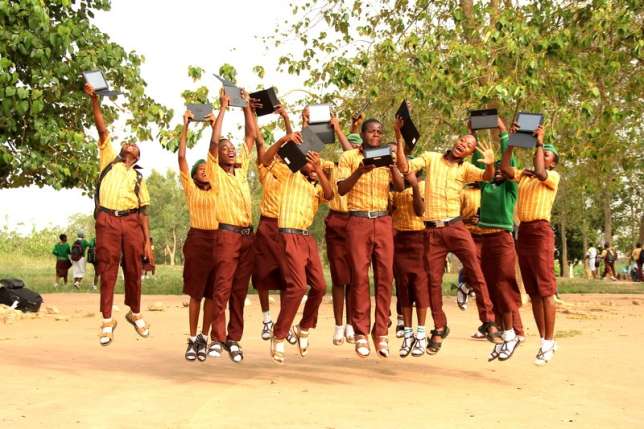 The State Government of Osun has begun the redistribution of e-learning computer tablets for the 2017/2018 academic session to final year pupils in the state’s public schools.

The distribution of the tablets began in an informal ceremony at Osogbo Government High School, Osogbo, as pupils and teachers were excited to receive the device again.
Thirty thousand units of the tablets will be given to final year pupils ahead of writing their Senior Secondary School Examinations (SSCE), the National Examinations Council (NECO) and the Unified Tertiary Matriculation Examination (UTME) examinations.
Their teachers across the state will also get the device.
The device, nicknamed Opon Imo (Tablet of Knowledge), was introduced by the Ogbeni Rauf Aregbesola administration in 2013 as a first-of-its-kind Stand-alone e-learning tablet to aid learning among secondary school pupils in the state.
The beneficiaries have been final year pupils across the state.
Since its introduction in 2013, it has served four sets of final year pupils in Osun public schools.
Out of the intended 150,000 tablets, 50,000 were produced and distributed every session to final year pupils and their teachers.
At the inaugural ceremony at Osogbo Government High School in Osogbo, the school’s head teacher, Mrs Folorunsho Olubisi Ladapo, described Opon-Imo as an unusual education infrastructure.
She noted that since its invention, the device had brought about significant improvement in teaching and learning in the public schools.
The head teacher said its introduction in the last four years had redefined the education system as well set a new standard and direction for purposeful education in Osun State.
Mrs Ladapo said: “To us as teachers and mothers, the introduction of Opon-Imo has not only revolutionised the Education sector but has also eased teaching and learning, particularly for outgoing pupils.
“This device, as we all know, has been assessed and adjudged to be a very useful education tool and has serious impact in boosting mental capacity of pupils who may not necessarily require printed materials.
“As an electronic device, we have seen the level of improvement which the innovation has brought on the results of our students in both internal and external examinations.
“We have equally experienced the great impact that this technological initiative has on the reading culture among the students.”
Lauding Aregbesola’s education revolution in the state, the head teacher said the state government was doing the best in the Education sector. 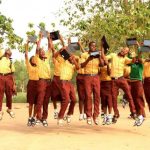 Students, Teachers Laud Aregbesola On “Opon Imo” DeviceDecember 8, 2017
Aregbesola To Journalists: Separate The Wheat From The Chaff, Truth From LibelDecember 10, 2017