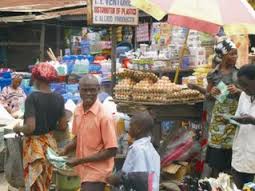 The market, which was an initiative of the traditional ruler of the community, the Alowa of Ilowa, Oba Adebukola Alli, was established in collaboration with Obokun Local Government Area of the state.
Welcoming guests at the official inauguration of the market, Oba  Alli disclosed that he was fascinated by the quest for agricultural and community development of Governor Rauf Aregbesola’s administration.
He said his thirst to end the hardship been experienced by his people, who are predominantly farmers, in transporting their produce to urban areas and his vision for community development inspired him to establish the market in his domain.
He called for participation from government and corporate organisations to develop Ilowa Community which, he said, was blessed with land and several tourist centres, which could serve as source of revenue generation for the government and investors.
Speaking at the event, the Seriki Shasha, Alhaji Maiyasin  eulogised Oba Alli for his bold step towards developing his community and promised that Hausa merchants across the country would soon move their goods to the community for proper take-off of the market.
He, however, promised to contribute to the development of the market, in particular and the State in general.
The Chairman of Obokun Local Government Area of the state, Gbenga Ogunleye, who represented Governor Aregbesola, said the establishment of Ajibogun Market in Ilowa would boost the morale of the farmers and merchants in the rural areas, with the attendant effect of an increased productivity which would bring steady improvement in the standard of living of the people and also contribute to the development of the local, state and federal governments.
He praised Governor Aregbesola for developing infrastructure in the state, which he described as panacea for social and economic development.
NIGERIAN TRIBUNE 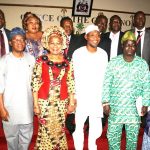 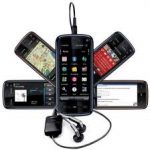