Osun To Hold Summit On Economy

Banking on the developmental strides in Osun State in the last four years, some Osun-based professionals will be coming together under the auspices of a non-governmental organisation, the People’s Welfare League, PWL, to hold an economic summit next week.

The summit, where stakeholders from different parts of the state and nationwide will share ideas on how to safeguard the achievements, is tagged ‘Orisun Aje 2014. It has as its theme: ‘Crux of Osun’s Developmental Masterplan: Analysing a Radical Economic Paradigm Shift’.
The summit will hold in Osogbo, the state capital, between April 29 and 30. PWL coordinator, Comrade Biodun Agboola, in a release, said the summit is expected to capture and expose to the whole world the new potentials and opportunities opening up in Osun State in the past 40 months of the Ogbeni Rauf Aregbesola administration.
Agboola said: “Osun has been transformed from a backwater, agrarian state into one of Nigeria’s largest and most vibrant economies through a masterful plan that combines prudence, strategic focus and mass talent mobilisation.
NATIONAL MIRROR 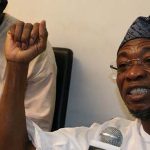 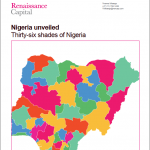