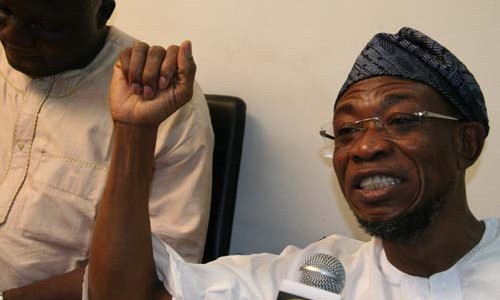 Governor Rauf Aregbesola of Osun State has described as unjustifiable, a 40 per cent reduction in the federal allocation being received by the state since July 2013.

Aregbesola spoke in Lagos on Thursday during the launching of a book, ‘Yoruba Elites and Ethnic Politics in Nigeria: Obafemi Awolowo and Corporate Agency,’ written by an associate professor at the University of California-Davies, Wale Adebanwi.
The governor said the reduction had no basis as the nation’s oil revenue did not fall, adding that “If there is anything my state does not have now, it’s money. We are managing with 40 per cent reduction in our allocation from the Federal Government.
“It is not as if I even enjoy saying I depend on the federal allocation, but the truth is that there is no magic that I would have made to suddenly taken our state out of dependence on the federal allocation.
“It is important for us to know that there is no justification for that 40 per cent reduction in our allocation. The price of crude oil has remained almost the same at $108 per barrel, and the benchmark, according to them, is $75 per barrel.”
According to the governor, the state is now being forced to source for funds outside the federal allocation in order to meet its responsibilities of paying the entitlements of civil servants and retired workers.
He said that “So we are not close to the benchmark of $75 and yet since July of last year, there is a 40 per cent reduction in our allocation. What that translates to I will tell you.
“It means I have to get N5.4bn to augment salaries and pension from July to December; N5.4bn extra, outside allocation, to ensure that since civil servants who are still active and those who have retired are paid their entitlements. What I receive from federation account is not sufficient to pay salaries.”
The governor, who represented a former governor of Lagos State and National Leader of the APC at the event, Bola Tinubu, who was the chief presenter of the book, bought copies of the new book at N5m on behalf of the Osun State and another copies for N500,000 for himself and announced N2m for the launching of the book on behalf of Tinubu.
NEWMAIL 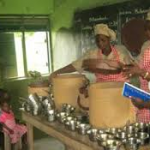 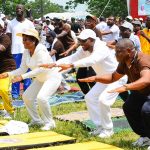