The State of Osun Security Council Monday evening described the jungle justice being meted to suspected kidnappers and ritual killing suspects as wicked, uncivilised and therefore unacceptable to the government.
In a press conference jointly addressed after a crucial meeting, all the heads of security agencies said the act of jungle justice is totally condemnable, warning that government will not fold its arms and allow the society to descend into anarchy.
The security chiefs included the army, police, State Security Service, NDLEA, Immigration, Head of Prison Service, and the Federal Road Safety Commission.
The meeting came on the heel of recent wave of summary arrest of suspected kidnappers and burning them in some towns in the state.
The statement, read on behalf of the security chiefs by the Commissioner of Police, Ibrahim Maishanu, warned that any individual or group of people, found taking laws into their own hands by killing any suspect illegally would be made to face murder charge.
Maisanu said the security agencies have the capacity and network to track any individual or group that takes laws unto itself, warning the people of the state to hand over any suspected person to the police or the nearest security agencies rather than turn themselves into executioners.
“The act of dishing jungle justice to suspects is therefore barbaric, uncivilised and unacceptable in a governed society. The security agencies will not fold their arms and watch our society descend into anarchy.
“By this token, any person or group of persons that constitutes a mob, takes laws into his or their hands and lynch any suspect is not morally or legally better than the suspects. Such person or group of persons will be caught and made to face murder charges, which is punishable by death,” Maisanu said.
The police command boss averred that in an organised society, every citizen is involved in law enforcement through vigilance, report of suspicious and criminal activities to law enforcement agencies and in some cases, carrying out citizen’s arrest.
He stated that whenever any suspect is arrested, the lawful thing to do is to handover the suspect immediately to the police.
The police commissioner noted that there is never a time a citizen is allowed to take laws into his or her own hands and become the complainant, jury and executioner – meting out jungle justice based on his or her own whims and caprices.
According to the police chief there is the rule of law under democratic rule and it is the sacred duty of law enforcement agencies to uphold the law, enforce the law, apprehend criminals and make sure that criminal suspects face the law.
He reaffirmed the security agencies commitment and determination to maintaining and protecting lives and property and above all the fundamental liberty of all.
He continued: “This is what we do every day, 24 hours. It is on record that, with the assistance and cooperation we have received from the state government, criminals have been deterred in Osun and the state has one of the lowest crime rates in the country.
“It is also a fundamental axiom of justice that an accused person is deemed innocent until proven guilty. It is the sacred duty of the courts to determine and establish guilt or innocence and impose appropriate punishment. This is because a mistake, especially of identity or mission, can occur.
“Mistakes of this nature, therefore, once made, are irreversible and an innocent life would have been taken. Where the suspects were burnt to death, for instance, it is difficult or impossible to establish their identity and consequently establish their guilt or innocence.” 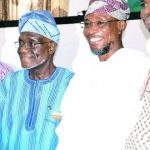