My Vision Is To Abolish Poverty In Osun – Aregbesola

Governor Rauf Aregbesola of Osun State has reiterated the commitment of his government to total abolition of poverty in the state, stressing that his administration is committed to the welfare of the people of the state.
The governor, who spoke in Osogbo, the state capital after the disbursement of N600 million to select women in the state, stressed that his administration was driven by egalitarianism and equity.
Aregbesola hinted that his administration had committed much resources to ensure total alleviation of poverty in the state to make life more meaningful to the citizenry, especially the women.
He said the state government had partnered Grooming Micro Finance centre, Lagos to bring lasting solution to the problem of poverty among the people of the state.
The governor disclosed that over 18,000 women had benefited from various loan schemes of his administration since the inception of his administration, adding that more women and youths would still benefit from the government in the area of empowerment.
He said: “We are committed to our crusade against poverty and we will not relent on our oars to ensure that poverty is wiped out in a promising state like Osun, despite the meager resources available to our administration.
“As a government, we have realised that development is incomplete without consideration to the human aspect. Ours is a combination of both infrastructural and human development,” he added
DAILY SUN 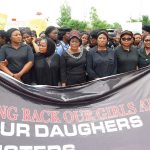 OPINION: #BringBackOurGirls: Beyond Politics, How To Avoid A Repeat!May 13, 2014
Army, Police, SSS, Others In Crucial Security Council Meeting In OsunMay 13, 2014