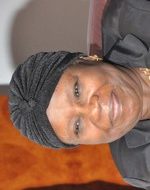 Legal experts argue that an effective criminal justice system is central to the sustenance of law and order in the society.
A criminal justice system is a set of legal and social institutions established for enforcing the criminal law, in accordance with a defined set of procedural rules and limitations.
The importance of a criminal justice system notwithstanding, observers note that criminal trials are often delayed, particularly where the defendants are able to hire lawyers who could exploit the weaknesses in the system.
In the light of such observations, the United Nations Office on Drugs and Crime (UNODC) organised a workshop in Osogbo recently for stakeholders in the legal profession.
The workshop was designed to expose the participants to pragmatic ways of developing a strategic approach to ensure effective justice delivery system in Osun State.
Organised in conjunction with the European Union (EU), the workshop deliberated on the necessary means of enhancing good governance, respect for human rights and the rule of law.
The workshop, which has “An Action Plan For Justice Sector Reform in Osun’’ as its theme, examined methods of effective coordination and cooperation among justice sector institutions within an enhanced legal and policy framework.
Mr Edwin Berry, the Deputy Coordinator of UNDOC, said that UNDOC was the UN agency entrusted with the mandate to assist member states in their efforts to tackle corruption, illicit drugs, crime and terrorism.
He said that UNDOC was also providing technical assistance in the area of justice sector reform globally, adding that it had built up a knowledge base of successful practices.
He said that Osun was important in the area of judicial reform, having set a remarkable example as being the only state in Nigeria that already had a reform plan developed by the government.
Berry said that the workshop would as well strengthen capabilities and operational structures in the justice sector to increase access to justice and respect for human rights and the rule of law.
“Given this experience, the EU and the government of Nigeria have entrusted UNDOC with the responsibility of implementing a justice sector support programme and a campaign against drugs, organised crime and anti-corruption.
“The justice sector support programme is being implemented at the federal level and in some pilot states such as Rivers, Imo, Osun, Katsina, Lagos and the FCT,’’ he said.
Expressing the support of the state government for the programme, Mr Wale Afolabi, the Attorney-General and Commissioner for Justice in Osun, said that the government was passionate about reforming the criminal justice system in the state.
He pledged that government would ensure speedy acceleration of justice, while improving the welfare of judges and magistrates in the state.
Afolabi said that the state government would construct two new prisons as part of efforts to enhance access to justice, adding that the government recently employed 19 magistrates to facilitate speedy dispensation of justice.
According to him, the prisons will be located in Osogbo and Iwo Local Government Areas to decongest the two main prisons in Ilesa and Ile-Ife, which were established over 30 years ago.
“By the time these prisons are ready; they will decongest the main prisons, make transportation of suspects to the court faster and easier, while improving on our criminal justice system. This present administration inherited 18 magistrates but we discovered they were not enough and we employed additional 19 magistrates to ensure speedy dispensation of justice,’’ he said.
The attorney-general said that 17 lawyers were also recruited as public prosecutors for efficient prosecution of criminal cases. Besides, Afolabi said that the Osun House of Assembly was reviewing existing laws in the state to ensure that they conformed to the present realities.
He noted that the government had revived the Public Defender and Citizens Rights Department as well as mediation centres to enable indigent people to have access to justice via alternative dispute resolution mechanisms.
“We discovered that many people are very poor in the state and cannot employ the services of a lawyer to handle their cases. And as a result of this, when the present administration came into power, the Department of Public Defender and Citizen Rights in the Ministry of Justice was revived to help the citizens. Lawyers in the mediation centres are government employees and they render their services free of charge,’’ he said.
Commenting on the workshop, Justice Oyebola Ojo, the Chief Judge of Osun State, said that the workshop was essential, as part of efforts to carry out occasional review of strategies in the dispensation of justice.
She said that the workshop would also be useful in efforts to conduct the internal and external assessment of personnel and tools available to the judiciary for optimum service delivery.
Represented by Justice Jide Falola, Ojo said that the workshop would also expose the participants to modern techniques to sharpen their skills and motivate them.
She, however, noted that the judiciary was not funded properly as one of the three arms of government.
She commended the Osun Government for providing an atmosphere that was conducive to the work of the judiciary and lauded UNDOC for making Osun one of its seven focal states.
Appraising plans for the reform, Mr Ibrahim Lawal, Senior Special Adviser to Gov. Rauf Aregbesola on Legal Matters, said that appreciable progress had been recorded in efforts to reform the justice delivery system.
Lawal conveyed the government’s determination to reform the criminal justice system in the state.
He said that government was also striving to ensure speedy dispensation of justice, while improving the welfare package for judges and magistrates in the state.
Observers, nonetheless, underscore the need for a more aggressive justice sector reform in the country, so as to improve the criminal justice delivery system.
NAN 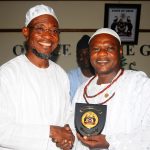