Why Gov. Aregbesola Said Boko Haram Should Be Crushed

The Governor of Osun State, Rauf Aregbesola, has said the Boko Haram sect should be crushed because of the havoc the group had wreaked on many homes in the country.
He said the sect’s campaign against education is a misadventure and unacceptable, adding that it has no basis in Islam.
He also decried the abduction of over 200 girls from Government Secondary School, Chibok, Borno State and their continued captivity by the sect.
He spoke in Ilorin on Wednesday during the 10th Mosobalaje Oyawoye Faculty of Science Endowed lecture of the University of Ilorin titled ‘Revitalizing education in Nigeria: the Osun example’.
The governor was represented by his Special Adviser on Innovation, Science and Technology, Mr. Azeez Ajayi.
“The campaign by the renegade insurgent group, Boko Haram, against education and female involvement is totally misplaced. It has no basis in any of Prophet Mohammad’s teaching. It is purely a misguided mission and must be stoutly countered with all gravitas.
“The group itself must be pulverized because of the sorrow it causes in homes and the deprivation it makes some children to suffer with respect to education,” Aregbesola said.
President, Nigerian Academy of Science, Prof. Oyewale Tomori, said Nigeria had neglected science and misapplied technology.
He added that this had truncated the nation’s orderly development and progress.
His lecture was titled ‘Scientific and technological transformation of Nigeria: Role of tertiary institutions’.
Tomori, who is a delegate to the ongoing national conference, said Nigerians must have a new and creative thinking about the role of science and technology in stimulating and advancing national development.
He urged government to stop paying lip service to science and technology, adding that it should adequately fund science and research activities.
OSUN DEFENDER 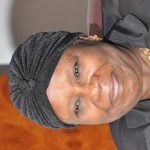 Reforming Criminal Justice System In OsunMay 15, 2014
Parents Advised To Keep Their Children Warm In This SeasonMay 15, 2014 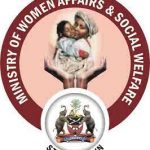