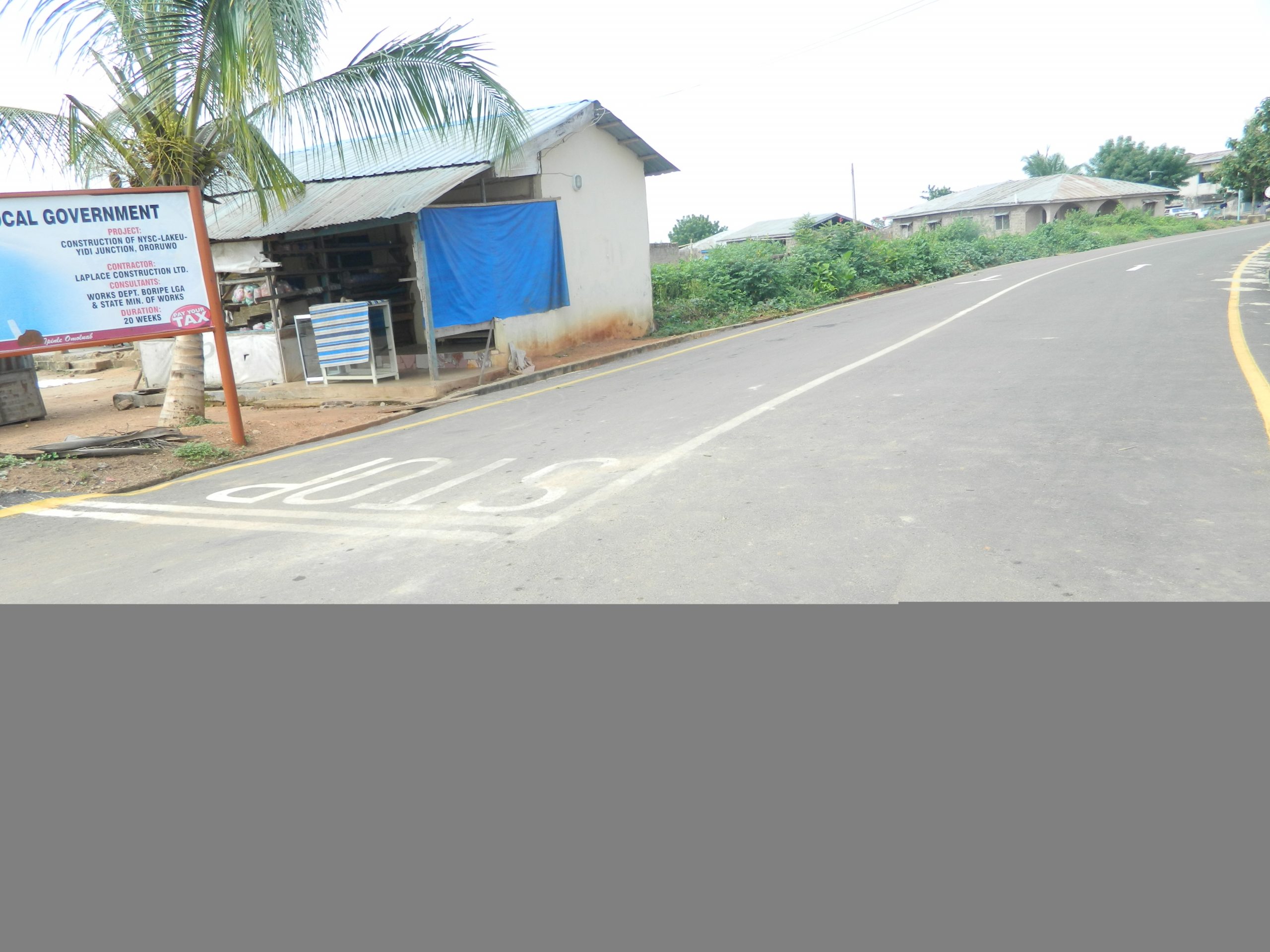 Osun State government has approved the construction of Oke-Ila-Ayegunle-Ikoro-Asaba roads in Ifedayo and Ila local government areas of the state to bring succour to the farmers in the rural areas.

This was disclosed by the Chairman of Governor Rauf Aregbesola re-election Campaign Committee, Sunday Akere, while visiting wards in the local government canvassing for votes for the governor’s second term bid.

Among the areas the campaign train visited include Ajebamidele, Oyi-Ayegunle, Obasikin, Adion, Asa-Oye and Aba Legemo where supporters of the party and residents bearing brooms trooped out to show solidarity with the APC.

Addressing the heads of communities separately, Akere disclosed that the state government has approved the construction of the road from Oke-Ila through Ayegunle, Ikoro linking Asaba road in Ila local government.

He added that beside the road in question, another three kilometresroad had been approved for lawmakers in the State House of Assembly for their various constituencies and that of Ifedayo is scheduled to cover Ayegunle through Obasikin to Ajebamidele.

The commissioner stated that the state government understands the plight of rural dwellers, who are predominantly farmers, to get their farm produce to market centres, hence, it resolve to constructing good roads in the rural areas.

He added that good roads enhance the price value of farm produce and reduce waste because farmers could get their produce to market in good time.

Similarly, Akere disclosed that he Commissioner for Health, who is also on the entourage, is taking note of some communities in the area whose need is maternity centres and promised to provide such for them.

According to the campaign committee chairman, the rural areas are important to the governor because of his drive to develop the state economy through massive agricultural programme, saying the governor would not relent in providing more financial assistance to the farmers.

He added that the state government would not relent in providing more infrastructural facilities to make them comfortable in a bid to make them major contributor to the growth of the state economy.

He also promised that if the people vote for Aregbesola again, the governor would not relent in fulfilling his electoral promises again as he has been doing in the first term of office.

In their separate responses, the heads of the various communities acknowledged the performance of the governor in all sectors in the state, however, they requested for the extension of roads to their communities, which according to them, is the major way of impacting on their farm activities.

Ayegunle, Ajebamidele and Adion requested for the extension of mobile service to the areas to enable them communicate effectively with their relatives and customers in the cities.

The campaign train comprising of its Secretary, Mr. Bisi Bawala, Dr. Temitop Ilori, Alhaji Azeez Moshood, Dr Atolagbe Afolabi, were bewildered by the large turn-out of youth and women at Oyi-Ayegunle and Obasakin professing their loyalty and support for the governor’s re-election.