The excitement is building once again as local and international tour­ists count down to the yearly Osun Osogbo festival. For culture enthu­siasts and tourism die-hards in Nigeria, Africa and the Diaspora, the release of the calendar for 2014 edition, which has be­come one of the hallmarks of the people of Osogbo as well as indigenes of Osun State, is an indication that the aim is to surpass the previous celebrations on all fronts. The excitement which usually precedes the event, was on hand again at a corpo­rate cum stakeholder’s forum held at the Convention Centre, Eko Hotel and Suites, Victoria Island, Lagos, where the organiz­ers unveiled some of its plans for a better outing this year.

Chief Jimoh Buraimoh, a high chief and chairman of the Festival Advisory Committee assured that this edition would be better organized than previous ones especially with the array of local musicians that would be on parade even as he affirmed that the annual event has helped to build goodwill, cultural awareness and peace not only in Osogboland but beyond.

“Today, the enlistment of Osun Grove in July 2005 by UNESCO as a World Heritage Site has helped a great deal in ascertaining this fact, Buraimoh noted.

He announced that the Ogbeni Rauf Aregbesola leadership has transformed and is still transforming the Osun grove since assumption of office and has actually structurally created an in and out crowd control entrance and exit to the grove. The government has demolished the existing pavilion in the grove and has constructed a theatre-like stage and re-modifying the festival route with construction of a road drainage system with designated car parks and so on.

On the issue of security, Chief Buraimoh assured that the government is taking the challenge of security of lives and property within the state seriously as adequate arrangement has been made for the grand finale presentation of the 2014 edition.

Confirming the dividends, Ayo Olumoko, Managing Director, Infogem Nigeria Limited, the official marketing consultant of the festival said a powerful delegation of Osun devotees is expected from the Diaspora as well as other African countries and numerous tourists from around the globe.

Although the number of foreign tourists has grown steadily since it became a world heritage site, one of the challenges of this growth is the impact of mass tourism to the grove.

Speaking at the event, Oba Jimoh Oyetunji, Olanipekun II, the Ataoja of Osogbo, commended the sponsors for their steadfast commitment and support to the festival and the Yoruba culture.

“Certainly, the Osun Osogbo Festival is regarded as very important festival, not only in Yoruba land and Nigeria, but also in the world. The event is a huge tourist attraction that lures the global community to Osogbo. The sponsors’ identification with the celebrations show their commitment to the customs and values of the Yoruba people, and we are happy about it,” he said.

The paramount ruler enthused that quality sponsorship of the festival would make the celebrations more memorable than previous editions. “As organizers, we always try our best to make sure that everyone who participates in the festivities takes away a unique experience. With the involvement of public and private stakeholders in this year’s edition, we are sure that it would be even bigger and better than what we had in the past.”

With partners including Intercontinental Distilleries, MTN, Alomo Bitters, Nigerian Breweries and others still planning to join, the number of musicians expected to entertain during the festival has doubled, while sponsorship fever has remained high.

Mr. Mfon Bassey, the Brand Manager, Goldberg, Nigerian Breweries Plc, said the brand was very happy to be associated with this age-old festival that is very dear to the people of Osogbo and the western region in general. According to him, Nigerian Breweries has partnered with this festival over the years  and for the second year running, the Goldberg brand is proud to be part of the festival as the “Official Beer Sponsor”.

He said the brand has continued to keep its consumers actively engaged all year round through exciting social platforms as well as promotion of the traditions of the people adding that the festival is one cultural celebration that everyone looks forward to with great anticipation.

Giving details of Goldberg’s participation at the festival, he revealed that the brand would be showcasing a 21-day Beer Fiesta where the people of Osogbo and visitors would be exposed to an unforgettable beer experience with lots of music, comedy and rewards. In addition the brand will also be sponsoring key programmes of the event which holds from August 18 -22, to add value to the overall content. 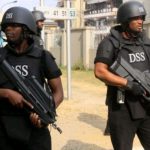 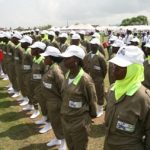