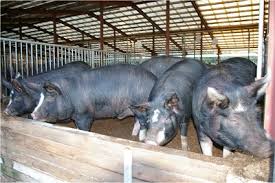 The government of Osun State under Ogbeni Rauf Aregbesola has reiterated its commitment to the development of the agricultural sector in a bid to make it profitable to farmers and provide food for the state.

Commissioner for Agriculture and Food Security, Wale Adedoyin, stated this in Osogbo during a meeting with members of farm settlers across the state.

He said the present administration will continue to support farmers by providing necessary farm inputs and agricultural facilities such as ferterlizers,seedlings,chemicals and so on at subsidised rates.

He added that the government has also reduced land use fees to one thousand naira(# 1,000)which will due after 24years for arable crops while cash crops is 49years which are renewable after the specified years of use.

The Agric commissioner however implored the farm settlers to henceforth ignore any issue that come to them without the authority of his ministry.

In his address, the Director Agric Services, Mr Kola Ajisekola enjoined all Farm Settlers to keep on abiding by the state government agricultural policy so as to continue  to enjoy the dividends  of democracy which the administration of Aregbesola will continue to give. 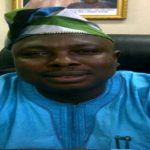