Osun Poll: How Aregbesola Snatched Victory From The Jaws Of The Lion – Falana Reveals 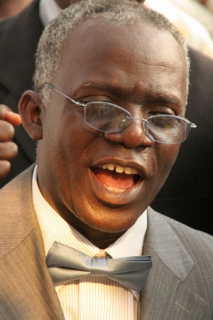 Femi Falana, Senior Advocate of Nigeria in this interview reviews the outcome of the August 9, 2014 governorship election in Osun State
You predicted that Governor Rauf Aregbesola was going to win and he won. What gave you that confidence?

One didn’t have to be a futurologist to know that Governor Rauf Aregbesola was going to win the election. He is generally acknowledged to have taken governance very seriously. Having been involved in popular struggles, he has had no difficulty in connecting with the grass roots. Through his people-centred policies he has formed an organic link with the masses. In spite of the limited resources of Osun, Ogbeni Aregbesola is trying to address the crisis of poverty and underdevelopment. Through the social security scheme, the government pays N10, 000 monthly stipend to the elderly and unemployed youths numbering about 20, 000. The school feeding programme, the ‘Opon Imo’ (tablet of knowledge) revolution, the establishment of a textile factory for sewing school uniforms and other programmes have impacted positively on the people. Mind you, the government has also constructed thousands of kilometres of roads. The fact that he had endeared himself to the people was the basis of my confidence.

What did Aregbesola do that Governor Kayode Fayemi did not do?

Frankly speaking I would not know. With respect, the All Progressives Congress should be held vicariously liable for Fayemi’s electoral defeat in Ekiti State. He is a victim of the ideological crisis of the party. Did the party arm its governors with any pragramme or code of ethics? The APC claims to be an offshoot of the Unity Party of Nigeria and the Peoples Redemption Party of the Second Republic. Both parties ensured access to education, health, employment, abolished oppressive taxes which enhanced the quality of the lives of the people. Today, the APC has, like the Peoples Democratic Party, priced education and health out of the reach of the poor. The traffic control agencies in the APC-controlled states extort money from motorists like the Nigeria Police Force. The APC is seriously defending the dubious rein of market fundamentalism. It believes in the commercialisation of education and health and the privatisation of public assets. Even in the United States, the bastion of capitalism, the poor are housed by the state while their children can access education. The main crisis in the US Congress pertains to Obamacare which has to do with access to health for 47 million Americans who had no health insurance. Here, Nigerians are told that the government cannot fund schools, fund hospitals, construct roads, supply water etc. Nigerians have to pay through their noses for all social services including epileptic power supply. If civil servants cannot educate their children, feed their family and live a reasonably decent life then the government has failed. But due to his socialist background Aregbesola has extricated himself from the crisis of ideological confusion associated with the APC. He is convinced that the national economy should never be handed over to market forces. For me, that is the basis of his electoral victory.

Some people said that the outcome of the Osun election must have surprised the people of Ekiti State. Do you agree?

They were certainly surprised that Aregbesola successfully mobilised the Osun people to resist the fascist onslaught. Whereas 36,790 troops were deployed for the Ekiti State governorship election the figure rose to 73,000 in Osun State. Some of the armed goons were gendarmes who wore masks. Whereas in Ekiti State 40 APC members were arrested, over 700 APC supporters were railroaded to detention in Osun State. I had to intervene to secure the release of an 80-year-old lawyer. But others, including Osun Attorney-General and Commissioner for Justice, Mr. Wale Afolabi, were released after the election. But at the end of the day the militarisation and monetisation of the electoral process compelled the people to defend their votes.

But his opponent rattled him? Don’t you agree?

I do not agree with you. Aregbesola spoke to me when the undue delay in the announcement of the results of the election caused so much tension and anxiety. Given the support of the people, he was on top of the situation. But the Independent National Electoral Commission refused to collaborate with the anti-democratic forces, who were hell-bent on truncating the electoral process.

Some people said the outcome was an indication that Aregebsola was beatable after all?

That position is misleading. It was not a free and fair election. Election observers were chased away while many party agents were beaten up by security forces and thugs to pave way for the writing of results for the PDP in certain areas. Even when it was confirmed that Aregbesola had beaten his closest rival by over 100,000 votes Mr. Femi Fani-Kayode announced that the PDP was coasting to victory. With the arrest of 700 people and the intimidation of others including a former governor, commissioners and legislators belonging to the APC, Governor Aregbesola snatched victory from the jaws of the lion.

Did the arrest and detention of APC leaders work against the APC and in favour of the PDP?

For sure, the wave of arrests was designed to manipulate the election in favour of the PDP. But it was a wrong calculation. Aregbesola mobilised the people and so they trooped out to vote. And when the returning officer had problems with the announcement of the results, the voters surrounded the INEC office at Osogbo. At that juncture the security forces pitched their tent with the people.

Can you please justify this?

Do you think that if the likes of former governors Isiaka Adeleke and Prince Olagunsoye Oyinlola did not defect from the PDP to the APC, Iyiola Omisore could have won?

With respect to ex-governors Oyinlola and Adeleke, I do not concern myself with the effect of the defection of political heavyweights. I prefer to de-emphasise personalities and concentrate on the programmes of political parties or their candidates. Adeleke was intimidated and prevented from casting his vote. Oyinlola was reported to have lost his polling unit to the PDP. It was the same story in Ekiti State where Segun Oni lost his unit to the PDP. In an enlightened environment voters do not take dictation from leaders.

What did you think made Omisore lose the election?

The PDP erroneously believed that it was the militarisation of the election that led to its victory in Ekiti State. So, it increased the number of troops deployed for the governorship election in Osun State. But Aregbesola drew sufficient lessons from Ekiti and mobilised the Osun people to defend their votes. Owing to his organic link with the masses, they were prepared to make the necessary and even risky sacrifice to have him re-elected. In terms of integrity, consistency, pedigree, education and principle, Otunba Omisore could not match Ogbeni Aregbesola. That was why he lost the election.

Does he have any case at the tribunal?

Neither Senator Omisore nor the PDP has filed any petition at the election petition tribunal.

Do you think his arrest and trial over the killing of Chief Bola Ige worked against him?

I would not know. But the statement credited to Oyinlola at the last rally of the APC to the effect that all those who were detained at the Agodi prisons over the killing of Ige had become the leaders of the PDP in Osun State was so weighty that it might have assisted some voters to make up their minds.

Would you say that the security agencies were partial during the election?

In Osun State, Lai Mohammed, the National Publicity Secretary of the APC was arrested. We have just been informed that he was arrested for wandering. But the vagrancy law was abolished in 1986. If Mohammed was arrested on the road, Mr. Nasir el-Rufai, another APC leader, was arrested in his hotel room during the Anambra State governorship election last year. Was Nasir also arrested for wandering? To confirm the partiality of the security forces, some PDP leaders from Anambra, Lagos, Ogun and Ekiti states were in Osun State during the election. They had platoons of military and police personnel guiding them. Nobody declared any of them a persona non grata.

Can you defend this?

The issue goes beyond the partiality of the armed forces. My position is that soldiers have no role to play in the conduct of elections. It is the constitutional duty of the police to maintain law and order during elections. Even the Department of State Service is an undercover security apparatus to gather intelligence, detect crimes and pass information to the police. I am saying without any fear of contradiction that no law in Nigeria allows any security man to wear masks. That was the first time in the history of Nigeria that masked security operatives were involved in elections. Beyond the condemnation of the partisan stand of the Armed Forces, the Nigerian people should insist that each security agency is restricted to its jurisdiction.

Don’t you think that the percentage of votes got by the PDP was an indication that the party is gaining ground in the state and the South-West?

Since there is no clearly marked ideological difference between the APC and the PDP the latter is likely to continue to make inroads in the country. It is a challenge for all Nigerians who are committed to genuine social change to come together, unite and intervene decisively in mobilising Nigerians to take their political destiny in their own hands. Instead of rejecting the APC for the PDP, the Nigerian people should be presented with a credible alternative political platform. With its defeat in Osun State the PDP ought to know that naked power through militarisation will not win the general election.

Will the number of votes secured by Omisore not be a boost for the ruling party in the presidential election?

It is not likely to be a boost for the ruling party. Nigerians owe themselves a duty to make the 2015 general election issue based.

What advice do you have for Aregbesola?

Understandably, the expectations of the people are high. Aregbesola has to redouble his efforts. He has to free the economy of the state from the tight grip of contractors by reorganising the state ministry of works to construct and maintain roads. The ministry has more qualified engineers than most of the firms that handle road projects. Some of the roads constructed by the Public Works Department under the Chief Obafemi Awolowo government are stronger than the new roads. Some of the roads are still plied in the rural areas. With a ministry of housing, the government does not need to build housing units through contractors. The health personnel in the ministry of health, the trained teachers in the ministry of education, the agric experts in the ministry of agriculture who are not productive in the public service should be deployed in the communities to make them productive. Through such revolutionary  measures you conserve funds for development. During elections it is the people that will vote and not contractors. 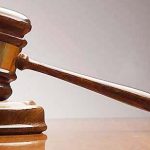 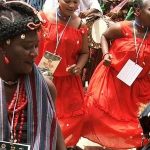