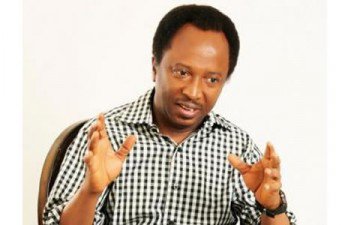 Civil rights activist Comrade Shehu Sani, yesterday warned against rigging in today’s Governorship Election in Osun State.
He also urged resistance to coercion and brigandage in the state.
Sani, in a statement ahead of the election condemned the use of troops to intimidate voters,warning: “The Osun state Gubernatorial elections must not be rigged.”
“The massive deployment of troops and the gale of arrest of APC chieftains in the state stands condemned. The people of Osun and indeed all the people of Nigeria must stand firm in the defence of free,transparent and fair elections in Osun,” he said.
Any attempt to rig the election,he stressed would amount to a declaration of war against all Nigerians and a deliberate mutilation of the 1999.
He added: “Ekiti must not repeat itself in Osun.The use of heavily armed troops by the Federal Government is aimed at intimidating the voters of Osun just as it was done in Ekiti. Nigerians must resist coercion and brigandage.
“We fought military dictatorship to a stand still we can together defeat the misuse of armed troops to rig elections.
“The resort of the ruling PDP and their dogs to use the presence of soldiers to win elections is a testimony to their unpopularity. PDP believes and depends on physical force to win elections.
“Injustice and evil flourishes when it’s not resisted at its budding stage.osun elections will determine the sanity, orderliness or otherwise of the 2015 general elections. All Nigerians must be interested on what is happening in Osun.
“The future of our country is bleak under reactionary and retrogressive forces whose mission in power is lining their pockets with public funds. Genuine democratic forces must be supported in all respect.
“If we allow guns and boots to determine the results of our elections,guns and boots will decide the fate of our democracy.”
THE NATION 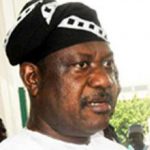 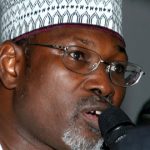