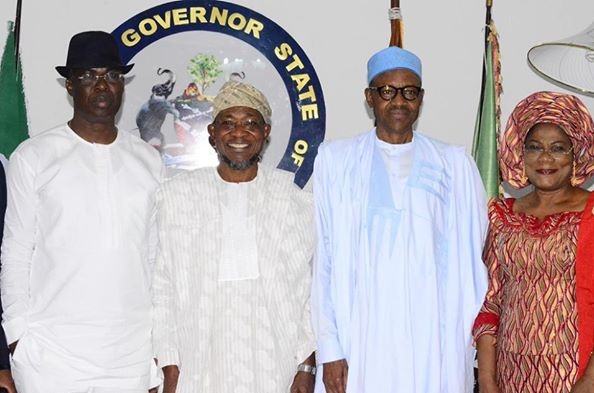 Former head of state and national leader of the All Progressives Congress (APC), Muhammadu Buhari, on Monday, declared that the recently concluded governorship elections in Ekiti and Osun states have served as eye openers for Nigerians, as the nation moves closer to 2015 general elections.
Buhari made the disclosure during a courtesy visit to Governor Rauf Aregbesola in Osogbo over his presidential ambition.
He noted that his visit to the state is to specially invite the governor to his formal declaration to contest for the Presidency come 2015.
Buhari described the re-election of Aregbesola as the triumph of people’s will and a victory for democracy.
“Your Excellency, part of why we are here is to congratulate you over your credible re-election and personal leadership qualities.”
According to him, “Ekiti and Osun gave us the latest interpretation of what is ahead of us in 2015 and all Nigerians must be totally aware that it is not going to be very easy in the next five months.
“For the next five months, we are on the road again and we are here to ask for your understanding and support.
Nigerians want change and they have to prepare and be ready to do exactly what Osun people have done, that’s the only way out.”
In a similar vein, the Governor of Kano State, Rabiu Musa Kwankwaso, another presidential aspirant of the APC, had earlier on Sunday night paid a courtesy visit to Aregbesola in Osogbo.
The Kano State governor used the occasion of the visit to Osun to meet with the Hausa community in the state.?
Aregbesola, in his separate responses, thanked the retired Army General and Kano State governor, who visited the state separately, urging Nigerians to be vigilant in 2015.
“Nigerians should be vigilant in 2015 just like they did in Osun during the August 9 election when 73, 000 security men deployed to the state could not scare them away from exercising their franchise.
On the team of Buhari were former speaker, House of Representatives, Alhaji Aminu Bello Masari, former governor of Bayelsa State, Timipre Sylva and former Minister of Information, Tony Momoh, among others.
DAILY INDEPENDENT 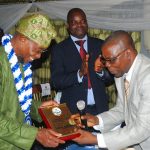