Osun State Government has commissioned rural electrification, water project and roads in Eleeru and Igbonla both in the Olaoluwa Local Government Council area of the state.
Performing the commissioning on behalf of Governor Rauf Aregbesola Special Adviser in the Ministry of Water Resources, Rural Development and Community Affairs, Kunle Ige, pledged the commitment of government to the well being of the people.
While assuring that the state government will continue to put in place projects that will have direct impact on the lives of the people at the grassroots, Aregbesola said the present projects were done under the second phase of the UNICEF replication programme in the state.
He said the present administration was poised to make every nook and cranny of the state economically buoyant through the provision of basic needs of the people.
He promised that more boreholes will be provided for the local government while electricity supply to the area and the road network will also be provided for in next year’s budget.
The Governor expressed appreciation to the people of the area for trooping out en masse to vote him back into office for a second term in the just concluded governorship elections in the state
He also urged them to vote for the All Progressives Congress A(PC) in the general elections come 2015.
In a remark, the Executive Secretary, Ola-Oluwa Local Government, Reuben Adegoke, urged the people of the two communities to maintain the projects, while appealing to government for more projects like schools, construction of roads and electrification projects.
In their separate remarks, Adediran Adewoye, a community leader in Eleeru  and Joseph Alagbe of Igbonla-Idiya appreciated Aregbesola for the completed projects while urging him to continue in the good strides.
DAILY INDEPENDENT 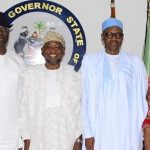 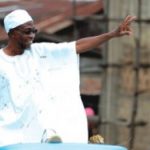