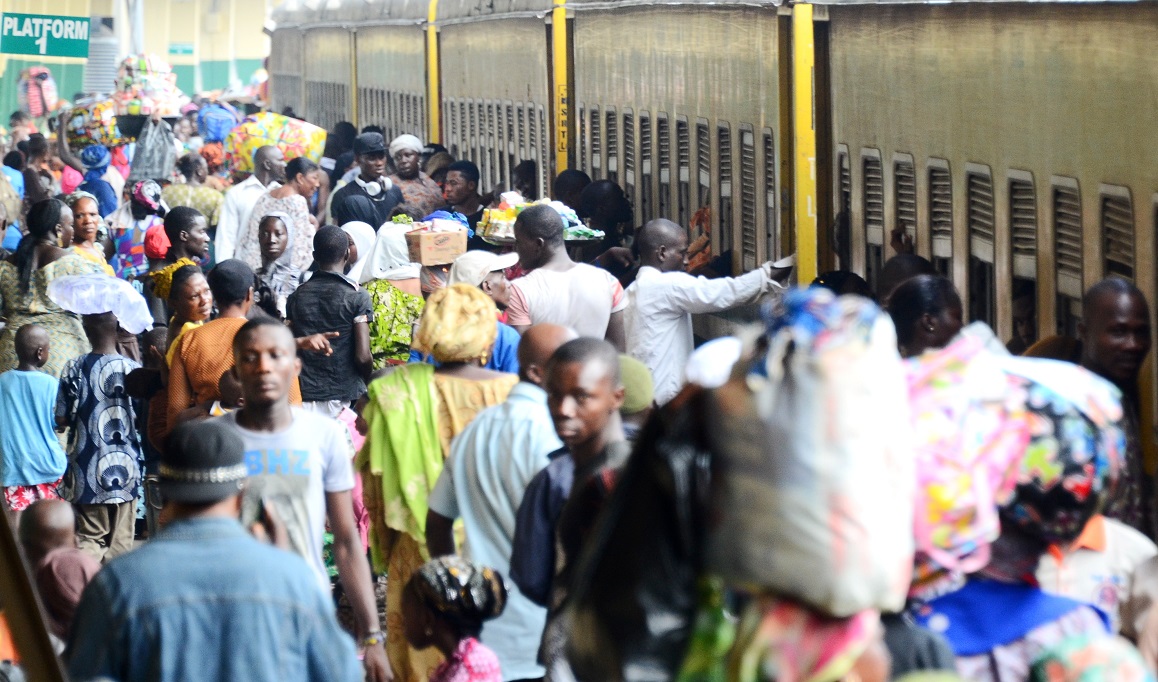 The Iddo Terminus of the Nigerian railway in Lagos was parked full on Thursday as thousands of holiday makers thronged the place to enjoy the free train service provided by the State government of Osun.

It was another day those travelling home for the Eid Kabir festival praised Governor Rauf Aregbesola for his people oriented moves since assumption of office.

Thousands of passengers, who besieged the terminus, did not wait for Nigeria Railway Commission (NRC) officials as the officials had a hectic time controlling the traffic. Some passengers were said to have slept at the terminal.

The 11-coach long train finally departed Lagos exactly 11. Am still leaving some passengers at the terminal. Contrary to the  usual tradition of the train, it was practically impossible to pick passengers in Ijoko, Ajegunle, Ikeja and Osodi having been fullly occupied almost beyond capacity from the take off point.

Each coach in the train is designed for 100 passengers.

Most of the passengers, who could not hide their joy while speaking to news men in Lagos, lauded the initiative of the governor and its sustainability since 2011.

A civil servant, Mr Adelakun Ibraheem, who is  an indigene of Ede, said that at the beginning many people doubted the ability of the government to sustain the free train service, but are today commending Aregbesola for the gestures.

Ibraheem said: “Governor Rauf Aregbesola is really an unusual governor with his pro-masses policies. He really understands the plight of the masses.

“This service alone is reuniting many families during festivals. If not for the free train, I may not be able to travel with my family because I will need at least  N50,000 which I don’t have.”

Also, Olaniran Abdulahi from Offa  urged other neighbouring state governors from South West and Kwara to emulate the gesture, saying the free train is alleviating  the suffering of a common man, particularly during festive period like this.

According to Abdullahi, there is poverty in the land and these are the areas where ordinary citizens could feel direct impact of government.

He noted that for the past three years he has been benefiting from the free train, saying he would for ever continue to remember Aregbesola.

“I am appealing to other South West Governors and Kwara State to collaborate with the governor to expand the scheme.

“Lagos is the commercial hub of Nigeria and every household in Nigeria has family in Lagos, this is the clear understanding of the governor,” Abdullahi said.

Also a business woman, Alhaja Adekanola Sherifat, who used the train to carry his luggages said Aregbesola has set standard in governance, which will be difficult for anyone to surpass in Nigerian history with his pro-people policies.

Alhaja Adekanola described Aregbesola as a generational blessing following the footstep of Awolowo and Bola Ige.

He stated that the governor is offering the masses a government of the people, which has really demonstrated that power is responsibility.

She added that Aregbesola is a reference point across the country in terms of good governance.

She said the free train has saved for her thousands of naira from her business which will lead to more profit.

The train, which will also move to Osogbo on Friday, will return on Monday and Tuesday, October 7th and 8th after the Eid el- Kabir. 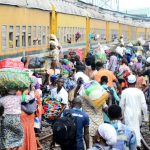 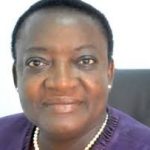