It was a laughter at the State of Osun  Election Petition Tribunal on Wednesday November 19, 2014, as Peoples Democratic Party (PDP) witnesses indicted men of Nigerian Police Force of eating puff-puff and drinking beer during voting exercise on August 9 gubernatorial election in the state. The three man panel tribunal could not bear it as they all fell into derisive laughter.
It would be recalled that Peoples Democratic Party (PDP)’s counsels are calling witnesses before the tribunal, challenging the victory of Governor Rauf Aregbesola of All Progressive Congress (APC). However, the court turned laughter when the 8th witness, Tajudeen Badmus, told the tribunal that policemen were eating puff-puff when under-age children were voting for APC on the day of election.
This is just as one Sikiru Olalekan, who was the 10th witness, alleged that police officers were drinking beer at a restaurant and were not available to receive voter’s complain. This development made the tribunal members to fall into uncontrollable laugh till the Chairman, Justice Elizabeth Ikpejime, said “they stepped the puff-puff down with beer.“
The witness who claimed to be a former member of Education board, when cross-examined by 1st respondent’s counsel, Femi Falana (SAN), admitted that there was a restriction of movement on the election day, insisting that the restaurant was opened at the back. Also, another witness, who claimed to be a supervisor for ward 8, Olorunda Local Government, Akin Akande, alleged that he was forced by over 400 people to sign form EC8A.
During cross-examination by Falana, Akande denied that Dagbolu is far to Kolabalogun, insisting that all the 12 units in ward 8 are very near to each other and he covered them. The witness however stated that Dagbolu, Steel rolling company and Kola Balogun are in the same ward and they are not far to each other.
Meanwhile, the Nigerian Police Force was not joined in the suit by the petitioner.

Omisore’s Witnesses Run Away From Court
Apparently scared of the damaging questions from counsel to the respondents in the petition of Senator Iyiola Omisore against the re-election of Governor Rauf Aregbesola, some of the Peoples Democratic Party (PDP) witnesses ran away on Wednesday.
The witnesses were in court during the morning session, but in the afternoon session, when they were expected to give evidence before the tribunal,none of them show up.
When tribunal members resumed from the break at exactly 2:30 pm, the PDP legal team discovered that the witnesses have disappeared into thin air.
Subsequently, some members of the PDP legal team, including Otunba Ojo Williams quickly rushed out of the court, running helter skelter, making calls to get the witnesses back to the court.
Subsequently, the lead counsel of the petitioner, Mr Chris Uche (SAN) appealed profusely to the court for the delay, as the witnesses were not on ground, admitting that “this is not good for us at all”.
When the delay was becoming unbearable, the tribunal Chairman stood down the case, rose and ask the petitioners’ counsel to inform them when they were ready with their witness.
It took about 15 minutes before the legal team could get the witnesses back to court after several appeals and assurances.
After the witnesses were gotten back to court, the tribunal resumed sitting and the petitioners continued calling of their witnesses.
A source said the witnesses deliberately ran away because they were scared of what they would face from the Aregbesola’s counsel having heard from witnesses who had earlier given evidence.
BIOREPORT 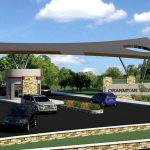 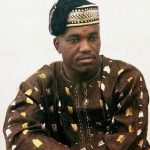