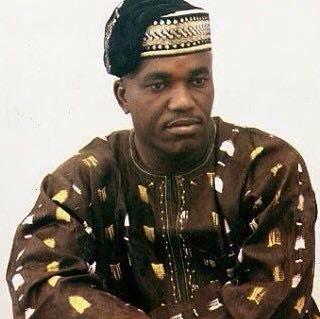 In a statement by the Director, Bureau of Communications and Strategy, Office of the Governor, Mr. Semiu Okanlawon, Aregbesola described the death of Mr. Fajemilehin as one that has once again dealt a devastating blow to the media industry, particularly the broadcast section, robbing the country of another energetic man and a versatile journalist.

The Governor said the demise of the experienced Yoruba broadcaster will no doubt leave a huge vacuum in the media industry.

The statement said in part: “Once again, we have lost a very precious gift in the GM of Ara (Unique) FM. To say that his death has thrown us into a state of mourning is just a mild way of expressing our sorrow and sadness.

“Fajemilehin, in the past 25 years, practised journalism actively and distinguished himself among his peers as a thoroughbred professional. This made him and his programmes such as ‘Fajemilehin on FM’, ‘Pirilolongo Nji’ and Fajemilehin on the Rock,’ on Paramount FM 94.5, Abeokuta, darling of numerous homes across the South-West and other Yoruba-speaking places.

There is no contravening the fact that the nation, media world and particularly his Ara FM Radio Station, will miss Fajemilehin’s’s creative energy, love for the promotion  of our culture and managerial capacity.

On behalf of the myself, Government and people of Osun, I commiserate with his family colleagues and all his fans across Nigeria praying that may God admit him into complete eternal  rest.