The All Progressives Congress (APC) in the State of Osun has threatened to institute a libel suit against the Director of Publicity for President Jonathan’s Reelection campaign- Mr Femi Fani-Kayode; over the video clip purportedly shown on Channels Television on Thursday the 19 of February, 2015.

The party also called on the President and National Assembly to constitute an independent Judicial Commission of Inquiry to look into the allegations levied by Fani Kayode, over the Osun election, that many has tagged as free and fair.

The state Chairman of the party, Prince Gboyega Famodun, during a press conference at the party secretariat  in Osogbo today, said the party has written the Directorate of State Security and the Nigerian Police, to investigate the matter the said allegations.

The party also alleged that the video clip was acted by the PDP to cover up the Ekiti audio tape in which Governor Ayodele Fayose and Musiliu Obanikoro (Minister Nominee) were indicted.

Famodun said “Nigerians should note that the PDP badly acted this drama to cover up for their rape on democracy at Ekiti. We have seen through their evil machination to cover up their misdeeds in the Ekiti Governorship election.  The audio tape of which we expect the President or National Assembly to have ordered an investigation by now anyway.”
“Our party, the APC is constituted  with decent party members, who are committed democrats that will never involve in electoral offenses. The PDP should stop seeing us as criminals like them. We are not like them”
“More astounding is the fact that our party APC and PDP jointly conducted inspection into all materials used in the election and no discrepancy was found. Also, if the PDP are sure of their facts, why didn’t they tender this fabricated tape at the tribunal?”
“We are therefore demanding for an independent judicial commission of inquiry into the entire process leading to the Osun Election,” the party stated.
It added that the panel should be given the power to extract evidence from anybody through invitation and that nobody must refuse to appear before it.

The party however threatened that failure by the President and National Assembly to act on this within two weeks would compel it to call on Governor Rauf Aregbesola to take up the task of setting up the panel without delay.
“We also challenge the Directorate of State Security and the Nigeria Police to explain to Nigerians why they have failed, refused and or neglected to investigate and take necessary actions on the petition by our party on previous fake concoction of PDP since November, 2014,” the party stated.

Proffering a response to whether there  is similarity between audio tape of Ekiti and purported Osun video, the immediate past Commissioner of  Special  duties  and  Regional Integration,  Barrister Jibola Basiru  reacted, saying there were clear  differences  between the two clips.

Basiru further  explained  that , the deference between the audio clip of Ekiti  and that of Osun  was that, Ekiti  audio clip proved the  participants were known political actors, and that they were  in  clandestine meeting; while the purported  Osun clip was a drama being acted by PDP members, concluding the  video was just being concocted.

According to Basiru, “when  Ekiti audio tape was revealed the presidency said it would not investigate the allegation therein, but we the APC in Osun, we are going to investigate  who acted the video and we are calling on security agencies to   carry out their investigation  concerning the video clip in order  to show that we don’t have anything to hide, but that it  is only PDP and the Presidency that has something to hide”.

He added that “Fani-kayode should have been arrested to state where he got the concocted video clip  if we were in saner climes.

The immediate past Commissioner continued, saying he wondered why the video clip couldn’t help the PDP before the election petition tribunal, where they were not able to show any iota of irregularities in the election. 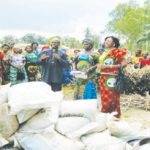 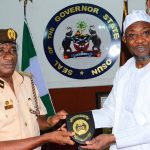