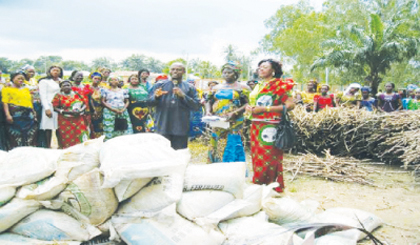 Osun State government has disbursed N500 million as soft loan for farmers to boost mass production of food across the state.
The Coordinator, Osun State Rural Enterprise Agricultural Programme (O-REAP), Dr. Charles Akinola, disclosed this to newsmen in Osogbo after meeting with stakeholders, including the State Agricultural Development Corporation (OSSADEP), and Rural Access and Mobility Programme (RAMP).
Akinola further disclosed that the state government has, through OSSADEP assisted the famers in clearing over 1,000 acres of farmland in preparation of mass production of food in the state, adding that the land clearing spans through Mokore Farm Settlement; Iwo-Patara Farm Settlement; Ago-Owu Farm Settlement; Ifon-Osun Farm Settlement; Ila Farm Settlement; Esa-Oke Farm Settlement as well as other private farms located in the state.
He stated that the state government has graded over 122km of access rural roads and repaired river bridges to ease mobility of farm inputs and products to and from all farmlands across the state.
The graded rural roads, according to him, include Ago-Owu to Orile-Owu (30km), Iwo-Patara-Akinleye-Idi-Iroko Road (23km); Mokore Road (18.7km); Shasha Rover to Orile-Owu-Womonle (61km); Okinni-Igbokiti (23km); Alaguntan (18.3km) and Esa-Oke.
He explained that electricity had been restored in all the existing farm settlements in the state as well as potable water to make younger famers to stay in farm for massive production of food in the state.
Akinola, who is also the Director General, Office of Economic Development and Partnerships (OEDP), disclosed that the state through its partnership with International Institute of Tropical Agriculture (IITA) is planning to promote massive production of cocoa and cassava across the state as well as effective fertilizer distribution and other farm inputs including quality seeds though private sector participation.
“The partnership will make the state to be the food basket of the southwest and meet its overall goal of 10 per cent supply of food products to Lagos market,” he said.
“We are also planning to invest in vegetable and soya beans massively through quality seeds to take food from the state to other region of the country.
“We want to open our doors to interested persons and bodies through partnership with private sector and approach fertilizer distribution and quality seeds multiplication with more vigour for maximum results,” he said.
DAILY INDPEPENDENCE 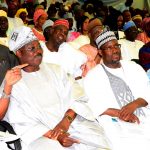 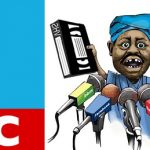