Governor Rauf Aregbesola of Osun State has appealed to taxable people of the state to pay their taxes in order for the government to continue its numerous projects in the state.
The governor made the appeal on Tuesday, November 3, 2015, during a Public Hearing on the Land Use Charge bill organised by the Osun State House of Assembly.
According to Governor Aregbesola, who was represented by his deputy, Mrs Grace Laoye Tomori, “it is a must to pay tax, so. I urge the people of Osun State to pay their tax.”
Aregbesola noted that the dwindling allocation from the Federal Government of Nigeria has forced the state government to look inward with the aim of generating fund to cushion the effect of the economic nosedive.
Governor Aregbesola said that his government was looking into tourism, mineral resources and taxation to generate revenue to the state coffers, assuring the people that their taxes would be used to make the state the best in the country.
He said: “We run a transparent governance in Osun and I can tell you that the national revenue has fallen beyond what we can describe. They are no longer demanding for our oil in the international market and that is why we need to look inward to see how we can generate revenue to enable us continue the numerous projects we have embarked upon.
“I want to appreciate the Osun State House of Assembly for inviting the town and gown to the Public hearing on the Land Use Charge bill. This bill, when passed into law will help in generating revenue for the state.
“I therefore want to urge professionals like Town Planners, Land Surveyors, Estate Managers and Valuers other people that would work for the success of the bill to cooperate.”
DAILY INDEPENDENT 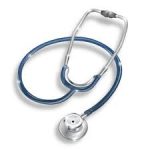 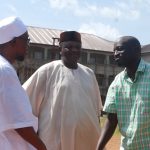