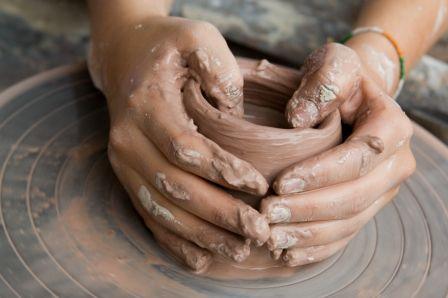 Osun state government has hinted that plans are in top gear to make the state a ceramic training center for students and lovers of ceramic all over the world.

The Director General, Economic Development and Partnership, office of the governor, Mr Charles Akinola, stated this during a visit to Atamora Pottery, Ikire, Osun state.
He disclosed that three Universities have shown interest in partnering with the state in the area of pottery, maintaining that such would fast track the government’s plan for the initiative.
The founder of the pottery, Mr Ibukunoluwa Ayoola, said with the government’s support, the initiative would reduce unemployment in the nation.
Ayoola who frowned at lack of equipment to train students in higher institutions, observed that over 450,000 students are graduating  every year without impact.
Ayoola, an  accountant  turned potter, stated that his aim was to turn the village to a resource centre where students all over the world would come to train.
He encouraged students with potential and interest in pottery to extend their learning beyond classrooms and visit Atamora village for practical learning of ceramic.