Legion Corp Commander Oladimeji Olalere has emerged as the new Chairman of the Nigerian Legion in the State of Osun.
The new Chairman was returned unopposed during the weekend, having been validly nominated as the only candidate for the post and securing all the votes from all the Twenty-two registered electors drawn from the Local Government areas.
In the same vein, Legion Joshua Adekanmi was unanimously returned unopposed as the Vice-Chairman of the State Legion.
However, the post of treasurer which was keenly contested by three Legioneers threw up Adedokun Lasisi as the winner with eleven votes, having defeated Legioneers Fajinmi Akinloye and Kayode Olalekan who polled seven and four votes respectively.
In his acceptance Speech, after being presented with Certificate of Election by the representative of the Minister of Defence who was the Returning Officer for the election, Mr. O. S. Ajaga, the new Chairman, Oladimeji Olalere promised that, with the cooperation of all the Legioneers, he would do all within his capacity to move the union
forward.
While appreciating the State Government of Osun for the support given to enhance his performance during his eight year tenure, the outgone Chairman of the Legion, Alimi Samotu advised his successor to ‘take proper care of our widows’.
It would be recalled that the immediate past Chairman of the State Legion, Asst. Corp Commander-General, Alimi Samotu had held sway over the affairs of the Legion for the two consecutive terms.

Aregbesola Passionate About Payment of Workers Salary – Barr. Kolapo AlimiJuly 18, 2017
Olu Abiola's Death Has Robbed Us of Another Patriot -AregbesolaJuly 18, 2017 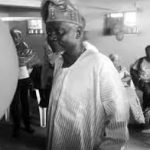