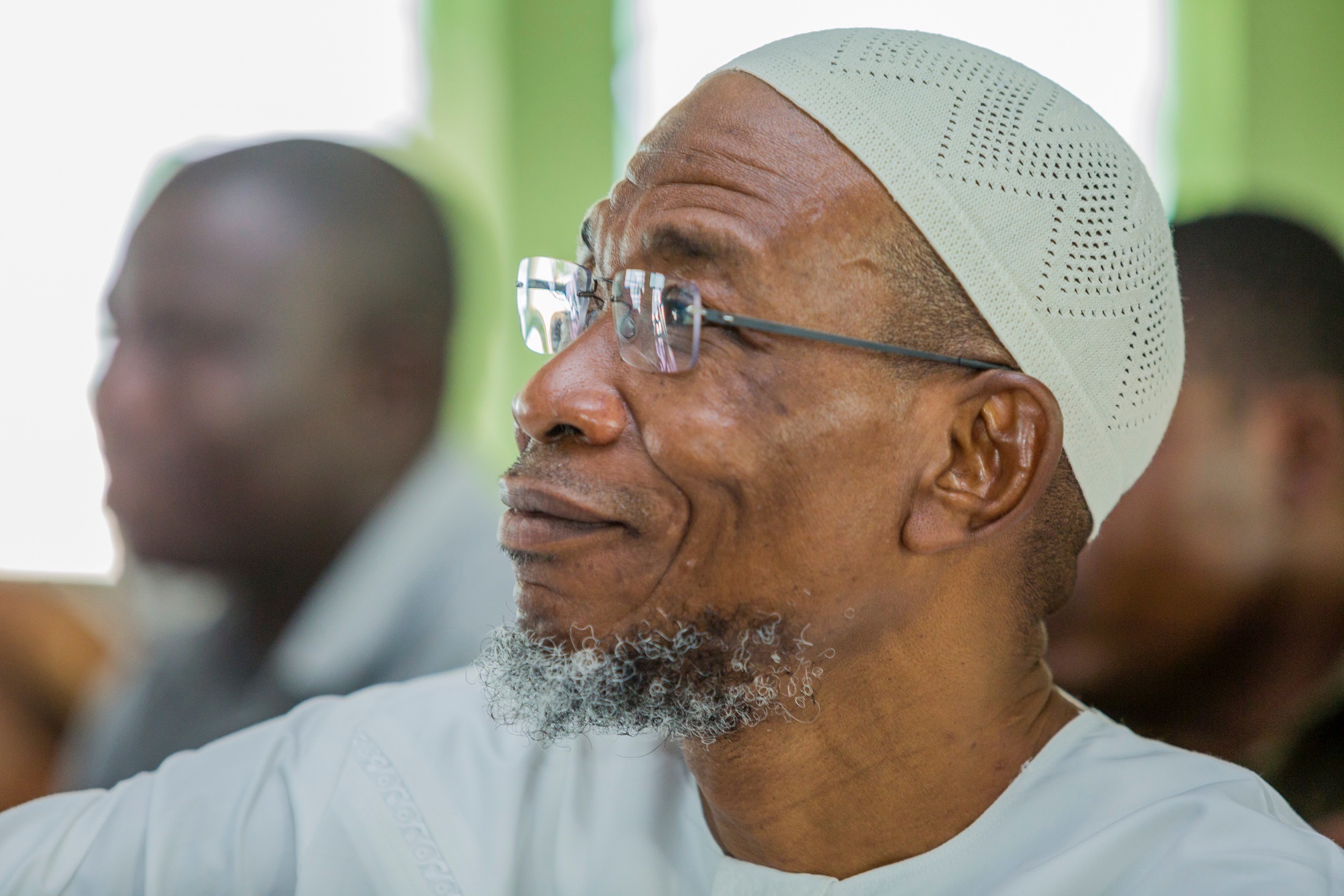 The Governor of the State of Osun, Ogbeni Rauf Aregbesola is passionate about the payment of worker’s salaries and allowances.

The Commissioner for Local Government and Chieftaincy Affairs, Barrister Kolapo Alimi made this known today while interacting with the management and staff of Ifedayo and Ila Central Local Council Development Areas.

Barrister Kolapo Alimi explained that he was in Ila and Ifedayo Councils to interact with the staff to know their feelings about the government in the state. He went down memory lane to explain experiences of workers under different administrations in the State.
The Commissioner reiterated the commitment of the administration in the state to the welfare of the workers with the Constitution of Fund Allocation Committee under the leadership of the revered labour leader, Pa Hassan Sunmonu. He emphasized that the current modulated salary structure is not borne out of wickedness.
Barrister Alimi appealed to the entire work force of the two local governments to cooperate with the government. He promised to take up the issue of the confirmation of staff to ensure that every staff due for confirmation is confirmed.

The Commissioner for Local Government and Chieftaincy Affairs assured the staff that the government in the state will not victimize anybody. He urged the staff to be dedicated to their duties.
The Executive Secretaries of Ifedayo and Ila Local Council Development Areas, Honourable Abiodun Idowu and Ademola Kolawole respectively appreciated the visit of the Commissioner to their Councils and pledged their support for the government of Ogbeni Rauf Aregbesola.
The Chairmen of Nigeria Union of Local Government Employees of Ifedayo and Ila Central Local Council Development Areas, Comrades Isiaka Lawal and Raji Monrufu expressed the readiness of the workers of the two Council Areas to work with the government of Aregbesola in the onerous task of developing the state