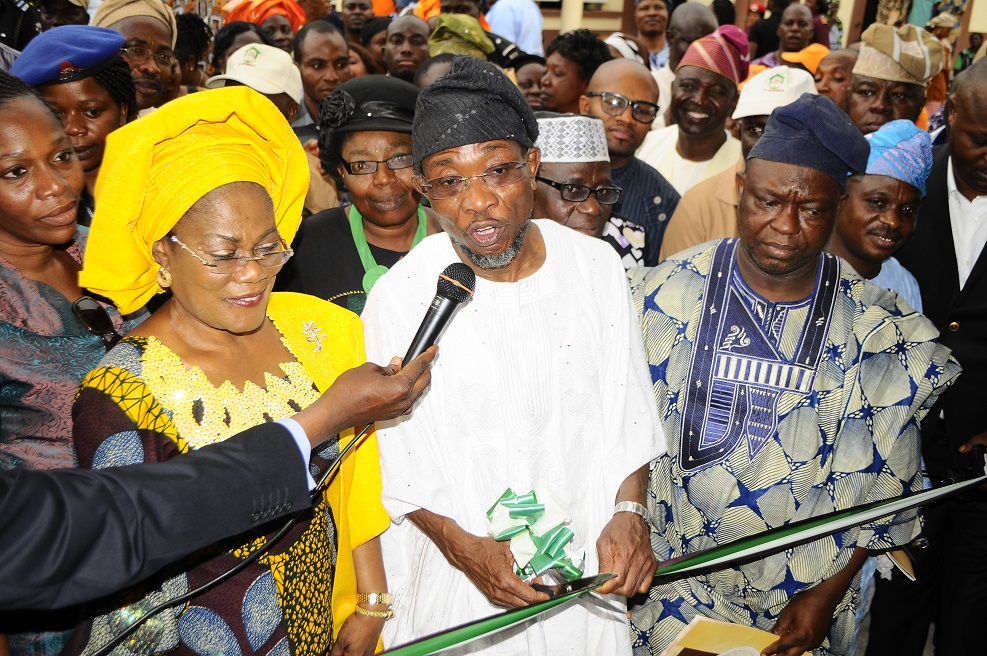 Osun State Governor, Rauf Aregbesola, on Thursday announced that Fakunle Comprehensive High School, Osogbo, will be moved to a new location. He said this at the inauguration of the AUD Elementary School, Osogbo, which was built by the administration.
The FCHS was one of the foremost secondary schools in Osun State but pupils of the school were merged with other public schools. There have been criticisms against the demolition of structures inside the school, which was founded by a Christian cleric. Some of those opposed to the demolition alleged that the governor had sold the land on which the school was built to his associate to build a shopping complex.
He said, “We are moving Fakunle High School to another place. We are moving Fakunle to the Unity High School in front of Osogbo Stadium. “We have nothing against the Fakunle family, you will now see that those who have been saying that Aregbesola is against Fakunle have been peddling lies. We will use the old site of the Fakunle High School for another thing.” He said that the FCHS was moved because the environment around the area, which had almost become a motor park, was no longer conducive for learning.
Aregbesola advised those he called the detractors of his education policy to change, saying his administration would not rescind the policy. He said, “In building more schools, we will keep on confronting them with the evidence of their futility; and with the accompanying message that they cannot alter our focus, neither can they derail our mission.
“For this is one mission we regard as our sacred duty towards our children and their own children yet unborn. And we will not fail them. And if only for their sake, we will stick with what we are doing until our mission is accomplished.
“It is towards the realisation of this vision that the energy and attention of my government have been resolutely focused. It is a vision that we intend to see through without minding the obstacles in our path.”
The Deputy Governor, Mrs. Titi Laoye-Tomori, said the new education policy introduced by the administration had started yielding positive results. The deputy governor who is also the Commissioner for Education said the brilliant performance of Osun students in public examinations had confirmed that the reform had started impacting positively on the students. She said the spate of works done on the school reform in the state had confirmed to the people that the administration was focused on it’s mission to salvage education.
The deputy governor stated that the decadence which the administration inherited in the education sector was unthinkable. She said, “ The various reforms are already yielding fruits as indicated in the drastic improvement in the results of public examinations where pupils from the state now take part in.
“Today, we are witnessing the fulfilment of one of the promises of the governor before he came in. Since the commencement of the reforms programme of this administration, we have built 1,724 classrooms in 39 schools throughout the state. And the job continues.”
THE PUNCH 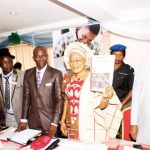 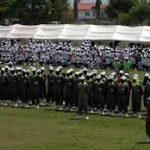