Mr Oyewole Enibukun, the Head of  Osun Youth Empowerment Scheme (O-YES), says more than 150,000 youths have applied for  enlistment into the programme.

Enibukun made this known in Osogbo while speaking to  the News Agency of Nigeria (NAN).

“The processes of  recruiting another 20,000 youths into the O-YES programme is currently ongoing.

“More than 150,000 applications had already been received as at the close of registration on Saturday,’’  he said.

He said the application procedure was internet-based, adding that this was to create opportunity for a large population of youths to enlist into the programme.

According to Enibukun, those recruited in the current exercise will take over from the present cadets  exiting the scheme in February  2015.

“Presently, the scheme is not limited to indigenes of the state alone as the current batch of  cadets comprises of youths from 12  other states in the country.

“The criteria, however, used  to select and absorb those from outside the state into the scheme is based on their residency in the state, ” he added.

He advised other states to replicate the programme, saying it could help tackle unemployment. 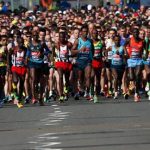