Osun State Government says it will continue to provide a level playing ground for all religion.
The State Governor, Mr. Rauf Aregbesola stated this at the grand finale of 2014 Isese day.
Represented by the State Commissioner for Culture, Tourism and Home Affairs, Mr. Sikiru Ayedun, Mr. Aregbesola appreciated the support of traditional leaders urging them to maintain peace in the forthcoming Osun Osogbo festival.
Delivering a lecture entitled “are the traditional rulers still second in command to the gods? ”  a Lecturer from the Department of Linguistics and African languages, Obafemi Awolowo University, Ile-Ife, Mrs. Adeola Faleye identified Western civilization as the cause of disrespect to traditional institution.
While urging the traditional rulers to go back to the basis so as to be accorded the deserved respect, Mrs. Faleye appealed to government to set out dignified roles for the monarchs as custodians of culture and tradition.
The President, traditional religion worshippers association in Osun state, Southwest, Nigeria, Chief Idowu Awopetu enjoined the state government to inaugurate board of traditional religion worshippers it approved since last year.
The programme which witnessed the presence of traditional religious worshippers from across the country featured the display cultural display and special prayers.
The state government had earlier declared today as public holiday to enable people of the state to enjoy celebration of the festival.
RADIO NIGERIA 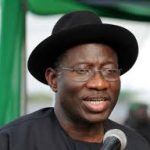