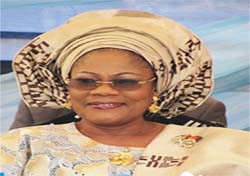 Osun State Deputy Governor, Mrs. Grace Titilayo Laoye-Tomori, has solicited for continued prayer and support of religious groups in the state for the sustainable development of the state.

The deputy governor made the call while receiving a delegation of elders of the All Saint Cathedral, Balogun-Agoro, Osogbo, who paid her a congratulatory visit on her re-election for another four years term.

She noted that prayers of all Christians in the state, irrespective of denomination, for the administration of Governor Rauf Adesoji Aregbesola since assumption of office had made the state the most peaceful state in Nigeria and the second fastest growing economy in the country among other numerous achievements.

She attributed the victory at the polls on August 9 to the efficacy of prayer and reiterated that Governor Aregbesola’s equal disposition to every religious faith in the state attributed for his achievement in office.

In a remark, leader of the delegation, Prince Dejo Babalola, delivered a congratulatory letter of the Church to the deputy governor and described her as a pride to the Church, Osogbo community and the state at large. He however restated the continued support of the church to the state government, saying the visit was an appreciation to God for His love for Osun State. 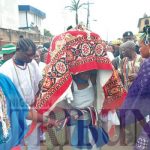