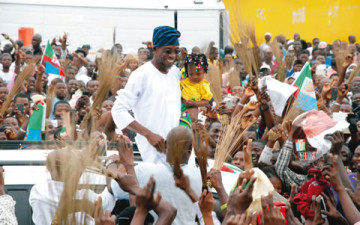 When the mendacious Peoples Democratic Party (PDP) apologists began to challenge their metacarpus to furnish manufactured facts on political situation of the state on the internet, one would not only concur but also be of the same opinion that the initiators of that news are really brilliant.
Though, people of book, the learned would never be moved by the Akpors-like comedy that these apologists have turned to their main business, raising fabricated alarms on the on-going tribunal hearing, but only few are regaled by it.
Was it a PDP mischance or not? Despite being severely misrepresented, Aregbesola and APC won against all oddity and ambush, well-prepared by the PDP men and their boys, who left the required process of reading out their manifesto, but were fast to orchestrate inescapable propaganda that needed only magic to be freed from.
The PDP, instead of counting it has bad luck, has seen a joy in perpetrating a big lie, making mountain out of molehill to maintain their dodgy stand from falling.
Everyone thinking in the right manner would understand the strategy being used by the PDP as a tie-my- people- down formula.
The August 9, 2014 governorship election remains undisputable that neither Aregbesola nor his deputy will visit any of the tribunal proceedings since it began for there is nothing to be afraid of, as the much talked about evidence put together to challenge his emergence is quite meretricious; no wonder the gullible ones among them would be deceived even into the pit of hell.
These brilliant liars are well-equipped both materially and academically that they have once captured the attention of a whole Africa independent Television (AIT) after Nigerian Tribune had once become a victim of their deadly deceit.
No thanks to one Lere Olayinka, whose appointment in Ekiti State as a Special Assistant to the Governor has prompted our brothers in Osun to keep the fire of hypocrisy burning just like the former did in Ekiti before he romped home to victory.
To the cynics, let your twit fire keep burning but my question is still here haunting and hounding your conscience; was August 9 election rigged?
Keep sending your rain of curses as well, you are not as talented as the biblical Balaam, whose curse suddenly became a blessing.
•OYEDEJI OLUDAYO, Osogbo, State of Osun
OSUN DEFENDER 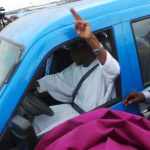 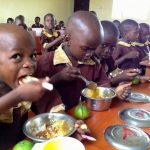