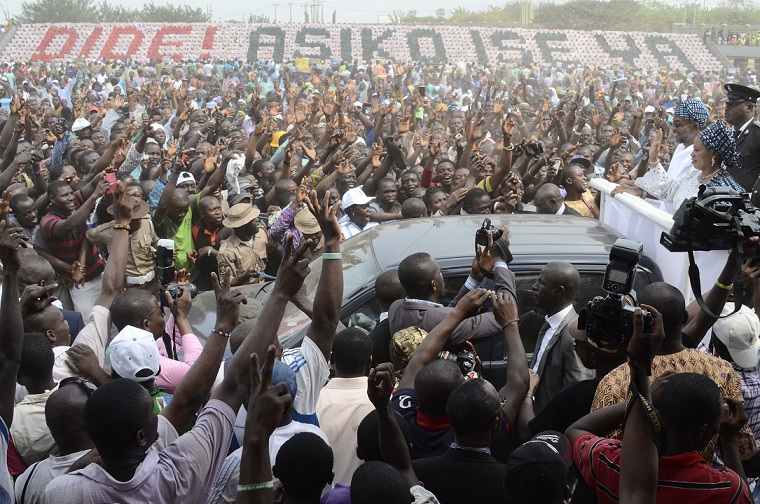 Osogbo, capital of Osun State witnessed had a festive outlook on as Governor of Osun State, Ogbeni Rauf Aregbesola, took oath of office for a second term in office.
As early as 8am people were seen trroping to the Osogbo City Stadium, venue of the swearing-in ceremony and by 10am. The stadium has about 30,000 capacity and was over-filled.
The ceremony witnessed a large turn out of broom-wielding jubilant crowd.
It would be be recalled that the state government ddeclared a public holiday to. Celebrate the inauguration.
At the start, Aregbesola took a parade round the stadium and also took salute from security agencies present at the event.
The Deputy Governor, Mrs Grace Laoye-Tomori was sworn in around 1.15pm while Governor Rauf Adesoji Aregbesola took oath of office around 1.20pm.‎
Former Military Head of State, Gen. Muhammadu Buhari (retd) and wife of former Vice President, Titi Abubakar, are among the dignitaries attending the second term inauguration of Governor Rauf Aregbesola of Osun State.
A national leader of the All Progressives Congress, Asiwaju Bola Ahmed, Edo State Governor, Adams Oshiomhole, Ogun State Governor, Senator Ibikunle Amosun,  former Ekiti State Governor Kayode Fayemi and other chieftains of the party are in attendance at the ceremony.
The Alaafin of Oyo, Oba Lamidi Adeyemi and prominent  monarchs from Osun  are also present at the occasion.
Aregbesola, who defeated former Governor Olagunsoye Oyinlola at the Court of Appeal in Ibadan on November 26th 2010 won his reelection on August 9, 2014.
DAILY TIMES 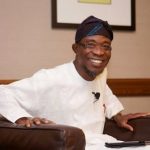 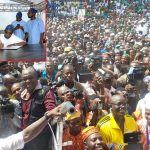