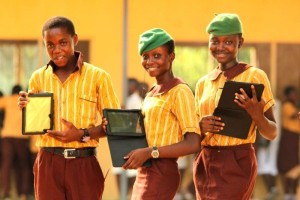 The innovative e-learning devise, Opon Imo (tablet of knowledge) of the Government of the State of Osun has been nominated for the Nigerian Telecom Awards 2013.
The Tablet of Knowledge was nominated under the category of African Most Innovative Product of the Year.
The award comes up on September 20 at the Tafawa Balewa Square, Onikan, Lagos.
Other categories of the awards includes African Telecom of the Year; African Telecom Personality of the Year; West Africa Mobile Operator of the Year; Computer Brand of the Year among others.
Besides, in the category of ICT State of the Year, Osun also got nominated alongside Ekiti and Bauchi States.
The Opon Imo tablet, which was launched on Monday 13th May, provides three major content categories: e-library, virtual classroom and an integrated test zone.
The e-library contains 63 e-books covering 17 academic subjects for examinations conducted by WAEC, NECO and JAMB as well as non-academic subjects such as History of The Yoruba, Sexuality Education, Civic Education, Ifa on ethics and morals, enterprise education as well as hints and tips on passing SSCE.
In the integrated test zone of the device, there are more than 40,000 JAMB and WAEC practice questions and answers dating back to about 10 years and mock tests in more than 51 subject areas, which approximates to 1,220 chapters, with roughly 29,000 questions referencing about 825 images.
Other sections of the e-learning device are an average of 16 chapters per subject and 823 chapters in all, with about 900 minutes or 15 hours of audio voice-overs.
The tablet was distributed free of charge to students of public schools in the Senior Secondary I and II categories in the state.
Opon Imo has been commended as one of the a veritable tools of advancing and promoting easy learning and democratising education system not only in the state but across the country and beyond wherever it is embraced.
The Guardian 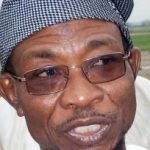