The State Of Osun To Create New Local Government Areas

The Government of the State of Osun will create new Local Government Areas before the end of this year.
The state Governor, Mr. Rauf Aregbesola, disclosed this while speaking at a town hall meeting with the people of Iwo/Ayedire and Ola-Oluwa federal constituency.
Aregbesola also made it clear that local government elections would be conducted in the state before the governorship election in the state in 2014. According to him, “I can categorically tell you that for now, additional local governments’ council  will spring up in the state.”
He added that before the governorship election next year, government will ensure that local government elections are conducted.
He noted that the report on the processes that had been followed in the exercise and bill for the creation of new councils would be released this month.
The governor further disclosed that the bill would be sent to the state House of Assembly, after which the assembly would call for a referendum, which would eventually culminate in the announcement of the new councils.
While responding to Iwo community demand on the creation of new higher institutions in the town, Aregbesola pointed out that it was not possible for now due to limited resources.
He noted: “I want to tell Iwo people that if I tell you that I will create a new government institution, it will be a lie. It is not just possible for now because of the limited resources.”
THIS DAY 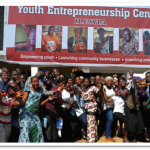