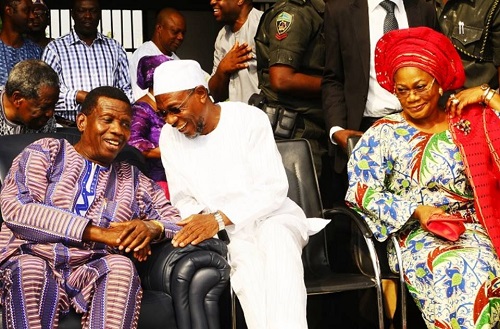 Two prominent clergymen have visited Osun State Rauf Aregbesola, applauding his administration and pledging their support. One was Pastor Enoch Adeboye, General Overseer of the Redeemed Christian Church of God (RCCG), the other Pastor Matthew Ashimolowo, founder of the Kings International Christian Centre (KICC).
The governor impressed Adeboye with his amazing knowledge of the Bible when the clergyman recently paid him a visit in his office in Osogbo, the state capital. With ease uncommon among non-Christians, Aregbesola recounted many historical narratives and teachings of Jesus Christ as recorded in the Bible.
The revered man of God was in Osun State to minister to the people at the Osogbo Township Stadium at the 2011 Go-A-Fishing programme of the RCCG. But in spite of their tight schedule, Adeboye and his entourage went to see the governor. Word had reached them that Aregbesola was delivering on his mandate.
Appreciating the man of God, Governor Aregbesola likened the visit to the biblical story of Zachaeus, the tax collector, who in his desperation to see Jesus, climbed a tree only to be noticed by Jesus after which He requested him to take Him to his house. “Salvation comes to your house today!” the governor quoted Jesus telling Zachaeus.
To the governor, Adeboye’s voluntary visit to Osun State was like that of Jesus to Zachaeus.
Also, the governor recalled the story of Jesus and the disillusioned fishermen who had spent the whole day at the Sea of Galilee to catch some fishes without any luck. With Jesus’ blessings, the fishermen had more than enough catch that same day. In Aregbesola’s words: “Even though we know we have been catching fish, we know our harvest will multiply in geometric proportion. We know by the grace of this visit, whatever level of support we have will increase in a fold that the entire world will be forced to look at us as wonders.”
Still appreciating the visit and its significance, Aregbesola said: “We see this as a clear testimony of what the Almighty plans for our race; what God will do in our lives. This visit, to us, is not an ordinary one. It is a sign of the readiness of God to use us an instrument to demonstrate how to govern people for results in their lives in terms of physical prosperity; to reflect in their lives in terms of spiritual depth; to reflect in their lives, government-people relationship.”
Responding, the RCCG’s General Overseer said “nothing happens except God allows it.”
He said further: “You are not here by accident. You are here because God had decided it. I want to assure you that we are constantly praying for you. Osun state is my roots. It does not matter what a man becomes. If he forgets his source; the river that forgets its source will dry up.”
While the people of the state were just moving out of the festivities for Christmas and end of the year, another man of God opened the New Year with new hope for the people with his visit to the governor. When Adeboye came in the last week of the 2011, Founder of the Kings International Christian Centre (KICC), Pastor Mathew Ashimolowo, came in the first week of the New Year. With the profile of his church as perhaps, the biggest and most populated in the United Kingdom, Ashimolowo came with enormous goodwill and respect.
During Ashimolowo’s visit, he identified with the giant strides of the Aregbesola administration in the areas of education, the environment, urban renewal, youth employment, health care delivery, infrastructure upgrade and provisions and transportation.
“I am proud of you in engaging and giving employment to 20,000 young people,” he told the governor. “I believe that any man who is indolent cannot make a difference. We salute you for that vision of creating employment for 20,000 youths. I feel proud to tell everyone anywhere in the world that I am from Osun State. We feel that Osun State has a great future. This was what prompted me to challenge our church in London that God has placed in my heart to build an institution in Osun State.”
Recognising the two great men of God as ambassadors of the state, Governor Arergbesola would not let them to go without being decorated with the insignia of the new identity of the state and its people. He presented them with the flag, the brooches that carry the new crest, CDs with the now popular anthem of Osun. The governor said these would serve as memorabilia of their visits.
The two pastors showered the state with prayers and blessings.
THE NATION 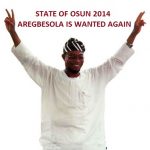 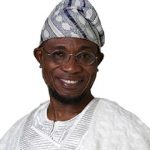