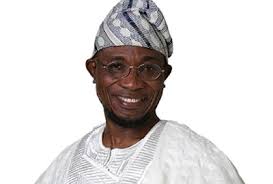 The Deputy Executive Secretary of Obokun Local Government Area of Osun State, Mr Ekundayo Adeniyi, has commended the state governor, Mr Rauf Aregbesola, for the development programmes he had been carrying out to transform the state.
Ekundayo stated this at the recognition of Aregbesola as the 2013 man of the year, by the Daily Independent newspaper, recently.
According to the council boss, within three years and some months, Aregbesola had impacted positively on the state through tarring of roads, construction of drainages in order to prevent erosion, building of four millennium schools, introduction of monthly environmental sanitation exercise in other to ensure healthy living of the people and recruitment of over 40,000 youths under OYES scheme, among others.
He also commended the governor for the payment of 13th month salary to workers, introduction of free feeding for primary school pupils, distribution of 750,000 school uniforms free of charge to secondary school students and the security of lives and property of the citizens of the state by making provision for several patrol vehicles for the security agencies, as well as the purchase of an helicopter.
Ekundayo urged the people of the state to allow the good work of Aregbesola to continue by voting massively for him in the August 9, 2014 gubernatorial election in the state.
TRIBUNE 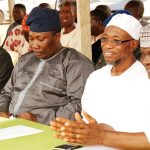 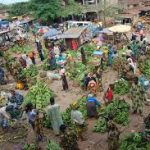