Osun To Promote Healthy Living In School Through Safe Water 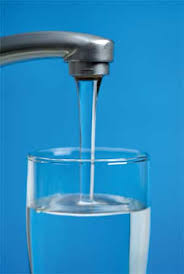 In her bid to promote healthy living among school children and make clean water available , the state government has stated her commitment to the preservation and conservation of water in the state through the Project Water Education for Teachers (PWET) Initiative.
The state Deputy Governor, Mrs. Grace Titilayo Laoye-Tomori, gave this assurance while receiving experts from the Nestle Water and Star Bright Consulting Firm, the two partners in the project, who were in her office on a courtesy visit.
Mrs. Laoye-Tomori said government of the State  is pre-occupied with the promotion of health and education of the children in the state and will stop at nothing to ensure that children in the state maintain good hygiene in their schools and homes.
According to the Deputy Governor, teachers and pupils should be taught on how best to preserve and conserve water so as to be able to teach those around them describing this as the best way to produce healthy children in the state.
Mrs. Laoye-Tomori said commitments of the state government in giving healthy life to children in the state has been demonstrated through her participation in the Global Handwashing Day and O-MEAL initiative which have contributed immensely to the promotion of healthy living condition of children in the state.
The Deputy Governor then said the state government will collaborate with willing partners with laudable programmes aimed at advancing education and health programmes in the state.
Earlier in his address, leader of the delegation and Nestle Water Branch Manager, Mr. Omotayo Latunji, said the Project Water Education for Teachers (PWET) is aimed at preserving and conserving water through the teaching of teachers and pupils.
He said only 2.5% of water available on earth is fresh with its 29.9% available for consumption adding that competition for its usage has attained an alarming rate thus prompting the need for proper preservation and conservation of water for coming generation through PWET.
Mr. Latunji said the programme, launched in Lagos on October 26, 2012 and ongoing in 113 primary schools in Lagos, Ogun, Ondo and Oyo States, will go a long way in reducing the scourge imminent from scarcity of water in the State saying PWET is already working legitimately, efficiently and harmoniously with communities in 60 countries across the globe.
Present at the parley were stakeholders in education in the State as well as President/Chief Executive Officer of the Star Bright Consulting Firm, Mr. Emmanuel Olu-Ayeni.
OSUNNEWS 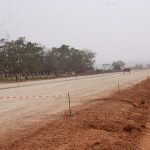 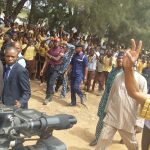