DAWN Games Kick Off In Lagos 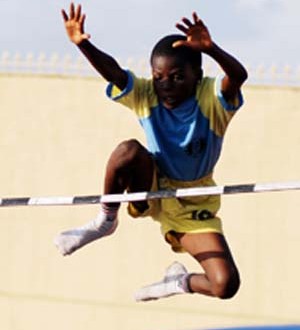 The maiden edition of South-West Secondary Schools Games tagged DAWN Games begins today in Lagos with over 2,000 athletes and officials in attendance.
The DAWN Games, initiated for secondary school athletes from  the six states of the South-west region namely, Lagos, Ogun, Oyo, Osun, Ondo and Ekiti states, is a 12-sport tournament of Nigeria School Sports Federation, (NSSF).
The sports are Athletics, Badminton, Basketball, Chess, Football, Gymnastics, Scrabble, Swimming, Table Tennis, Tennis, Taekwondo and Volleyball.
It will be staged in three centres across Lagos: Agege Stadium, Mobolaji Johnson Sports Complex, Rowe Park, Yaba and the Teslim Balogun Stadium, Surulere.
According to the schedule of event released to the media by the Technical Sub-committee of the Main Organising Committee (MOC), athletes and officials are expected to check in to the Games Village today with accreditations taking off in full swing, while events will begin on Sunday May 18, with football and gymnastics taking the centre stage at the Agege Stadium and Rowe Park Sports Centre respectively.
According to the schedules, Rowe Park will also play host to Badminton, Basketball and Tennis. At TeslimBalogun Stadium, sports such as Table Tennis, Taekwondo, Volleyball, Swimming, Scrabble and Athletics will be on stage, while Agege Stadium will also host Chess.
It was gathered that Ogun is to be represented by 186 athletes, while no fewer than 163 athletes will represent Team Lagos.
Meanwhile, a member of basketball team for Lagos, OloladeAzeez has expressed confidence that Lagos will win gold medal in both male and female basketball event of the competition.
“I am happy to be among the players that will represent Lagos at DAWN Games. Our training so far is superb and very impressive. We are in good form now and ready to win gold medals for team Lagos in Basketball both male and female category,” he said.
Also, Team Lagos badminton Head Coach, Kayode Olatunji, said spirit in camp is high as the players are looking forward to participating at the DAWN Game scheduled to end on May 24.
THISDAY 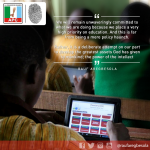