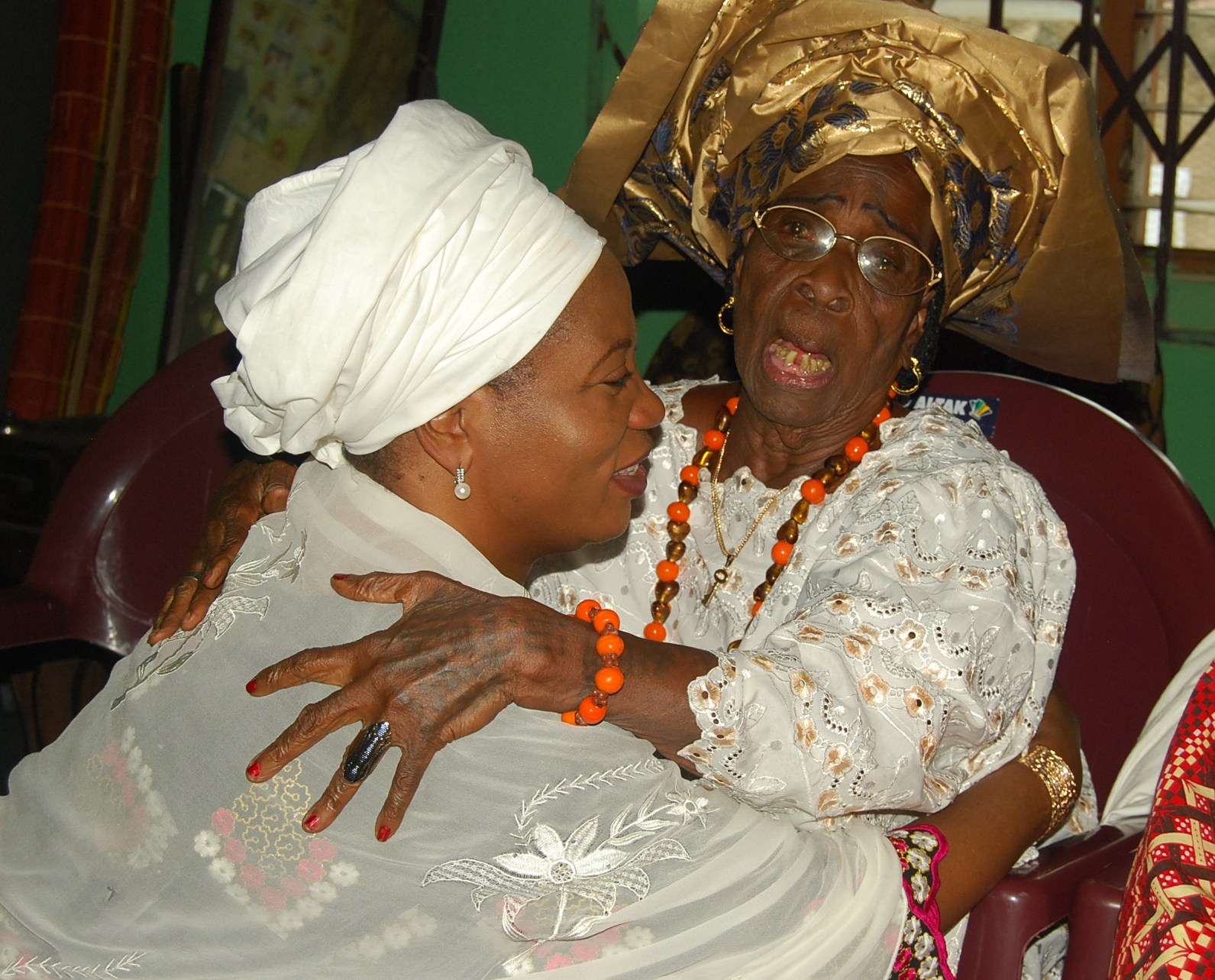 Wife of Osun State Gover­nor and Initiator of Sheri Care Foundation, Alhaja Sherifat Aregbesola has called on women and children in the state to support the re-election of her husband.

Speaking while hosting Miss Zainab Ola­wale, a 12 year old student of Government Unity School, Osogbo, who emerged the winner of Spelling Bee competition at the Government House, Osogbo, Mrs. Aregbe­sola urged parents to give maximum support to Aregbesola in his desire to rule the state for a second term.

She assured that her husband would continue with the laudable programmes of his government which she said cut across all strata of the economy in his second term in office, just as she disclosed that the present administration in the state would identify tal­ented students in all the public primary and secondary schools in the state, with a view to promoting their talents to the outside world.

Mrs. Aregbesola who stated that the state is blessed with brilliant people, said efforts are on to identify brilliant but indigent students in all the public schools in the state with a view to assisting them fulfill their destinies in life.

She said the present administration in the state was determined to give adequate educa­tional training to all the children in the state, regardless of political or religious affiliation of their parents.

The First Lady also noted that the efforts of the state government on the new educa­tion policies have started yielding good results with the outstanding performances of the students at both local and international competitions.

She reminded that the students in the state have been trained on how to tackle challenges as they arise, hence their excellent performances at various competitions.