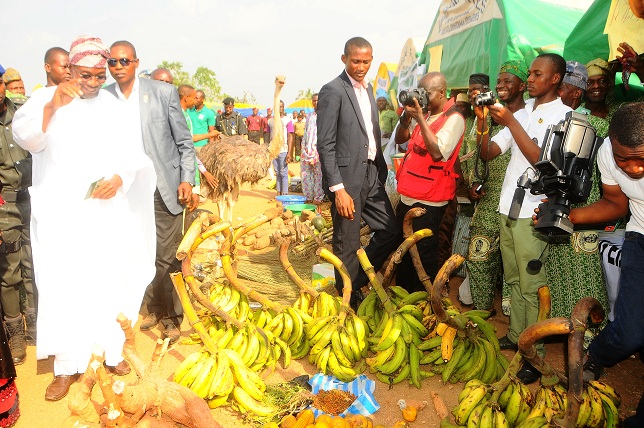 The Osun Rural Enterprise and Agricultural Programme (OREAP) remains one of the most successful and laudable development and wealth creation programmes of the Rauf Aregbesola administration.

This was the position of the Bureau of Communications and Strategy Office of the Governor of Osun on Wednesday while reacting to what it called “another in the litany of the Iyiola Omisore lies.”

Omisore had claimed in some media reports that the state’s agricultural programme tagged OREAP was a fraud, alleging there is nothing to show for it in almost four years.

Describing Omisore’s position as ill-informed and an indication of the crass ignorance of the working of development programmes in government, the Bureau said Aregbesola had not come to come to power before recognizing the need for massive food production to grow an economy such as that of Osun; ignite industrialization and create jobs.

The Bureau’s statement signed by the Director, Semiu Okanlawon, said the allegation gave away PDP and its candidate as a lazy bunch of people who lack the capacity for simple facts-finding before going to the press.

“Farmers are among the happiest beneficiaries of the current administration in Osun. This is because of the prime place Aregbesola accords food production. The agricultural sector has been very strategic to the overall development of Osun. At least, the state’s massive food production programme is central to the realization of three of the six integral action plans of the administration. Only the nit-witted would conclude that agriculture has not played a lead role in banishing poverty, banishing hunger and creation of jobs and wealth,” the Bureau stated
Against the lies being bandied by the PDP that farm estates and settlements were supposed to be upgraded, he said land validation exercise and perimeter survey were done with latest technology in nine farm settlements which he noted is the first in the history of farm settlements in South-West of the country.
He added that over 3,070.3 hectares of land was cleared and 6,209 hectares tractorised across the State.
Okanlawon also noted that 20,000 Hectares of farmland were validated in the nine farm settlements, more 4,211 Hectares was discovered and reallocated to small holders.
According to him, “This is a programme that was well thought out to empower farmers. The Government procured 5000 metric tons of fertilizers sold to farmers at 50% subsidy over the last 2 years; 1,830 rural farmers in 61 local communities received farm inputs from the State in collaboration with UNICEF.
“It’s worrisome if the candidate of PDP can because of politics say Aregbesola has used O-REAP to fraudulently enrich himself to the detriment of the well-being of poor farmers when the present administration has empowered youth cooperative groups consisting of 40 youths and engaged in cattle fattening, as part of first phase of the O-Beef empowerment programme across the State of Osun.
“N40million has been given as loans to support Piggery Farmers in the State, 3,645 Farmers across the State benefited from the sum of N476,350,000 from the Government Guaranteed Agriculture Loan Scheme; 268 Farmers benefited from the sum of N45,662,065 from O-REAP Loan Scheme, N153.6m ($952,000) agriculture finance loan for 66 farmer cooperative group”. The Bureau pointed out.
The OREAP Academy, the statement explained, was established by the Aregebsola administration as a deliberate effort towards giving youths a sustainable career in modern agriculture, adding that 1,606 OYES Cadets have been trained in Modern Agriculture at the newly established O-REAP Youth Academies located in the 9 Federal Constituencies for increased food production.

The Bureau revealed that 40 youths were sponsored to Germany for intensive training in modern agriculture and 96 secondary schools assisted in arable crop production, fisheries and livestock production systems in 2013.
He said, “Government is in partnership with TUNS Farm Nigeria Limited to promote broiler production to empower poultry farmers and create jobs under the Osun Broilers Out-growers Production Scheme (OBOPS) with the sum of N539, 435,200. 578. Farms have been stocked with over 3,654,612 Day-Old-Chicks from inception in 2011 and Over N200 million have been made as profit by the Out-growers in the Scheme.”

He noted that all these Schemes supplies the Chicken and Fish to O-MEAL Food Vendors to feed the Grade 1 – 4 pupils in our public schools under the free school feeding. 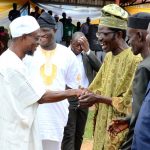