Still on the Ijesha South Federal Constituency gubernatorial election mega rally of Ogbeni Rauf Aregbesola held on July 15, 2014 in Ilesha, I came across two women and seeing the joy on their faces at being present at Ogbeni Rauf Aregbesola’s campaign rally despite their physical challenges and the difficulties of meandering their way through such a mammoth crowd, I took up the job of a journalist to do an interview on what could have motivated them to overlook the stress of coming for the rally.
The woman on the left will be referred to as Mrs. A, she said she is a widow with four children with the last born in secondary school, she claimed that before the coming in of Ogbeni Rauf Aregbesola’s administration in Osun state, that life was very difficult as two of her children had finished school with no funds to proceed further educationally or learn a vocational job and that sustaining the last born in school was hell due to poverty.
However, luck smiled on her, just like other families in the state of Osun as two of her children were engaged in O’yes voluntary community service scheme and are paid ten thousand Naira monthly stipend by the Ogbeni Rauf Aregbesola administration.
According to her, the condition of living in the family has changed for the better as the scheme has been able to save family’s image and helped the society at large by engaging these youths and taking their minds of crime, since like they say, an idle mind is the devil’s workshop.
She further explained that Ogbeni Rauf is God sent as his administration has relieved millions of families the burden of maintaining their children in public schools as the government provides free school uniforms, an electronic textbook device called Opon Imo, free nutritional meals in schools made up of eggs, chicken and fish. To her, she has only one meal a day to provide for her daughter in public school as Ogbeni Rauf has relieved her of that financial burden.
Infact, she said, she is forever grateful like millions of others to the government of Ogbeni Rauf for taking this burden of the shoulders of the masses and in her words, come August 9, 2014, she and her household will vote for this masses burden bearer.
Thanks,
Written  by Nelson Ekujumi
BLOGSPOT 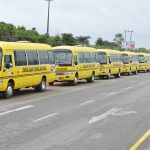 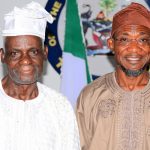