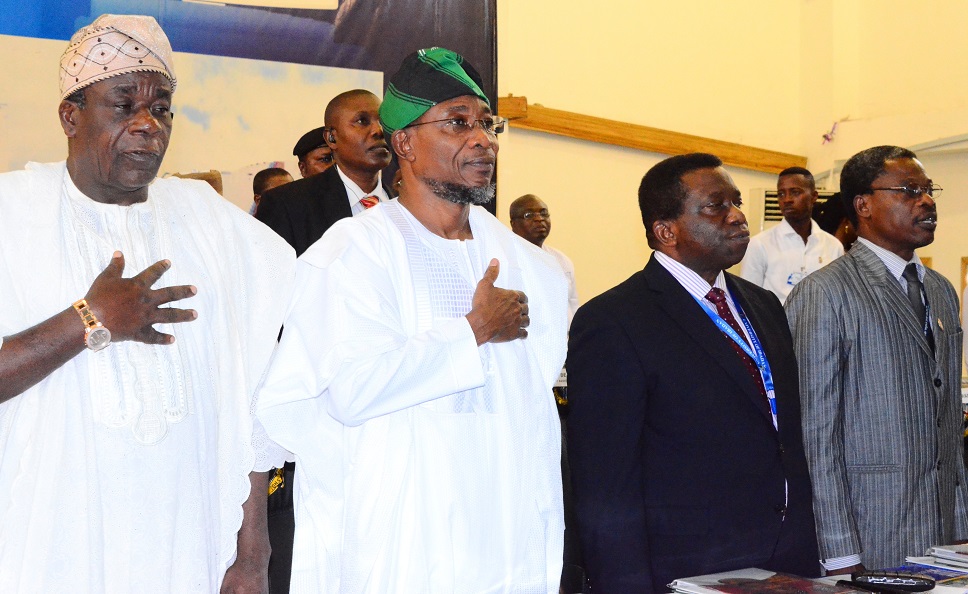 The Governor of Osun, Ogbeni Rauf Aregbesola on Tuesday observed that elections are the most legitimate means of sustaining the social contract in a democracy.

The governor was quoted as stating this while delivering a lecture titled ” Federalism, Democracy and the future of Nigeria” at the 2014 convocation and 66Th foundation day ceremony of the University of Ibadan at the University’s International conference centre in Ibadan.

He held that where political power does not derive from the consent of the people, then it is corruption of the term ‘democracy’.

Aregbesola noted that after the harrowing years of military rule, the requirement for the administration of Nigeria was a political system that guarantees popular participation.

The governor stressed that the transition to democratic rule was not a simple replacement of military but a substantial restructuring of the political system with new institutions such as the legislature, independent judiciary and a free press.

According to Aregbesola, “‎regrettably, the peoples’ rewards for political participation have been circumscribed by the dominant section of the political class.

“These sets of political functionaries have degraded the psyche of the people by perverting the democratic process.

“What ordinarily should be political empowerment conducted in a transparent manner became a warfare in which the people are literally held hostage.

“We saw this play out recently in Ekiti and Osun States’ governorship elections in which terror apparatuses were unleashed on the people in the most unconscionable manner.

“The security instrument of the state designed to protect the people was turned against them. Elections ought to a democratic festival during which the incumbent political party is rewarded for good performance and given a renewed mandate or sanctioned for poor performance”. The governor told the gathering.

‎Aregbesola added that democracy and federalism are inseparable Siamese twins, noting that it is unthinkable to have federalism outside of democracy.

‎He also noted that the First and Second Republics in Nigeria were aborted when federalism as a system was distabilised.

The governor said, “when political greed set in, making the centre to covet the units, the autonomy of the units which is a pillar of federalism, comes under assault.

“The subsequent taking over of the units by the centre’s imperial control in brazen political banditry sounded the death knell of both republics. I sincerely hope we are not on that ruinous path again,” he stressed.

The governor charged the students of the tertiary institution to concern themselves with the political development in the country so as to shape their own future.

He directed them to form formidable and informed committees for defence of democracy and democratic institutions.

He continued: “You will not allow anyone to again subvert our current democracy.

“Therefore, it is incumbent on you to get yourselves organised that we must collectively reject  appropriation of democracy by few individuals.

“We must thus defend the little gain of democracy we have made as Nigeria can only be great if it remains a federal state.”

The Vice Chancellor of the University of Ibadan,Professor Isaac Adewole, commended the government for having and demonstrating and unshakeable belief in the Nigerian nation.

Prof Adewole noted that what Nigerians want is a country that is safe for everybody.

He said: “we thank and commend you for your demonstration of an unshakeable belief in the Nigeria nation

“We need a Nigeria where everybody will be safe. Those who have a states and believe in the collectiveness of our peoples will not want the nation to be destroyed.” 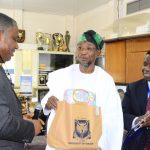