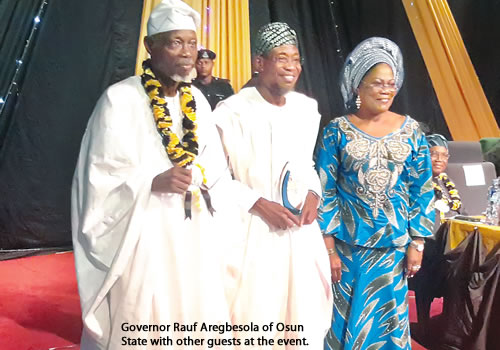 Universities and polytechnics in the country have been challenged to come out with an innovative breakthrough in technology that will spearhead development in the country.
Governor Rauf Aregbesola of Osun State said this while delivering a lecture titled: ‘Education as a Panacea for National Security and Developmental Challenges,’ at the 6th Prince Bola Ajibola annual lecture, hosted by the Magna Curia Chambers of the Faculty of Law, Obafemi Awolowo University (OAU), Ile-Ife, Osun State, recently.
Speaking at the event which took place at the Oduduwa Hall of the university, the guest lecturer, Governor Aregbesola, said: “Since our colonial masters left this country, our institutions are yet to come out with any innovative breakthrough in technology, which is a sign of decay and bad omen for the country that wants to develop.”
He continued by saying that through lack of investment in education, successive administrations in national and state governments have crippled the educational system that what seems to matter now is the acquisition of certificate.
He also emphasised that the Nigerian state today is assailed by manifold layers of insecurity, and its progress is hampered by a myriad of developmental challenges all because of the continual erosion in the quality and standard of its educational system.
“For a country to realise its sustainability, education must be a priority of its leaders by investing huge amount of money as Osun State is doing at the moment,” he emphasised.
Governor Aregbesola noted that education must prepare a man to advance himself, community and nation. He, however, gave kudos to the Vice-Chancellor of the university, Professor Bamitale Omole, for the doggedness he showed as an electoral officer during the recent governorship election in the state.
The Chairman of the occasion, Professor Nurudeen Adedipe, Pro Chancellor, Fountain University, said Governor Aregbesola was the right man to speak on the issue of education following his giant stride in education.
Professor Omole, who was represented by Professor Ajayi Adebisi, the Deputy Vice Chancellor, stressed that the topic of the lecture was most appropriate at the time the nation is facing security challenges.
Professor Adebisi said that the chambers were right in choosing the governor.
Also at the event were the Deputy Governor of the stae, Titi Laoye Tomori; Dr Olusanya Adegboyega and Prince Bola Ajibola, among others. The honourees, Prince Bola Ajibola and Ogbeni Rauf Aregbesola, were presented with awards of excellence.
TRIBUNE 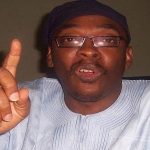 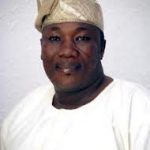