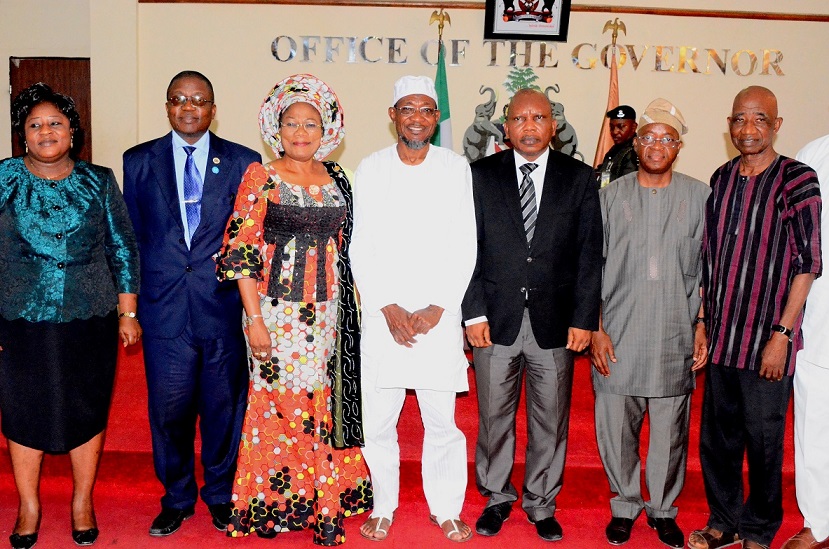 In a bid to find a lasting solution to the lingering leadership crises at the Osun State University, the governor of Osun, Ogbeni Rauf Aregbesola on Tuesday evening set up a five-man visitation panel to the university.

The governor during the setting up of the committee at ‎the Executive Chambers of the Governor’s Office in Osogbo, admonished universities in Nigeria to be problem solvers rather than creating it.

The governor pointed out that the panel shall investigate the basis of the simmering crisis and the misunderstanding between the Management and the Council in the university with a view to finding a lasting solution.

He also charged the panel to determine the roles of individuals and groups in the crisis, with a view to ‎recommending appropriate steps to arrest the ugly situation and prevent a reoccurrence in the future.

The panel, according to Aregbesola, will also ‎proffer solutions to address the issue of disintegration in relationship between students in the institution with special reference to the Ikire Campus.

He urged the visitation panel‎ to complete its assignment and submit their report within four weeks‎ after the inauguration.

‎The governor said, “As you are aware of late there has been some disquieting dust being raised in the institution. The Ikire campus was shut until recently. Now, the management and Council are at loggerheads.

“When a university is thrown into crisis, the non-curricular teaching the students freely take away is the fighting, disorder and disorganisation. Whereas, the ultimate learning they should take away from the university is problem solving skills, and not crisis generating capability.

“Worse still, the energy of the combatants will be dissipated in writing petitions, counter-petitions and fighting, instead of positively deploying it to teaching, mentoring young and impressionable minds and conducting researches.

“This unintended consequence of the university system regrettably has been a reoccurring feature in Nigeria,” Aregbesola pointed out.

He held that universities should direct their research into existential challenges faced by the society, by first solving its own problems, which he described as being similar to those of society.

Aregbesola noted that university can make its environment beautiful, clean, and run it with sustainable resources, which it can easily transfer to the society.

“I find it troubling therefore that our universities are not problem solver but crisis generators. We want to end this and return UNIOSUN on the path of its founding mission”. The governor stressed.

Aregbesola admonished the committee to be fair and listen to all the sides, noting that they should leave no stone unturned by following the truth and care less about stepping on toes.

Speaking, the Chairman of the visitation panel, ‎Prof. Adebiyi  Daramola‎ thanked the governor for giving them the opportunity to serve.

He noted that the committee will try his best to bring out the truth without any fair or favour and that members of the panel will not be short of courage in the discharge of its duties.

He said, “I want to use this opportunity to thank the governor for having confidence in the panel. We will not be short of courage in getting to know the truth of what is happening in UNIOSUN.

“There is something fundamentally wrong with governance in the country. What is happening in the university is a reflection of what is going on in the country. The problem in UNIOSUN is that of governance problem,” The chairman averred.
“The commission hereby assures Mr. Governor that we shall do our work to the best of our ability within the set time frame,’’ 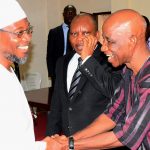 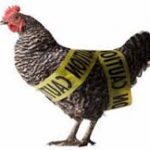