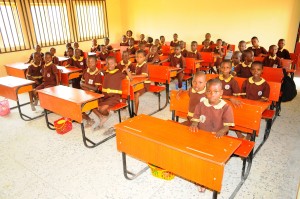 The State of Osun House of Assembly has urged the owners of private schools operating in the state to improve the standard of teaching in line with the state government policies on education.
The Speaker, Honourable Najeem Salaam, made the call in Osogbo on Monday, when the Assembly received delegates of the state chapter of National Association of Proprietors of Private Schools (NAPPS).
The Speaker noted that some private schools dropped the standard with which they operate after few years of operation.
He advised the proprietors to ensure clean and conducive environment for learning, stressing that teachers must be well-coordinated in dressing and morally, as the pupils learn from them.
According to him, the private schools owners have been assisting the government in providing jobs for the people, saying, the association needs encouragement from government to be able to do more.
“It is not everybody that the government can provide jobs for, but you are assisting government to put food on the table of some of those not captured by government.
“You must ensure that the environment of your schools are neat and ensure that the structure you use to house your pupils meet the required standard.
“The business of teaching must be done with keen interest, so that the required result could be gotten. That is the notion you must encourage your teachers to have.
“Unlike in the past, the policies of Ogbeni Rauf Aregbesola administration in the area of education have increased the enrolment into public schools. This is not meant to debar your progress, but because it is an assignment we must do.”
While calling for the continued support of the association for the state government, he assured that the House would look into issues on multiple taxation, fees charged for external examinations and other fees that affect the association.
Earlier, the President of NAPPS, Prince Wale Oyeniyi, appealed to the state parliament for reduction of taxes and other fees being paid by private schools owners.
OSUN DEFENDER 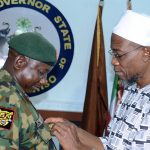 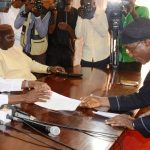